L Catterton sells Dondup to Made in Italy Fund

Made in Italy Fund is once again backing the fashion sector, by acquiring the Dondup brand from L Catterton. Terms of the transaction were not disclosed.

Managed and promoted by Quadrivio & Pambianco, the Made in Italy private equity fund has upped its fundraising target from US$236.5 million (more than 70% has already been invested) to US$254.7 million.

Founded in 1999 in Fossombrone in the Italian province of Pesaro and Urbino, Dondup produces and distributes 100% Made in Italy men’s and women’s ready-to-wear clothing. The label offers a contemporary style: hinged on well-developed forms and materials, it plays tribute to denim culture, with an attention to detail typical of haute couture.

Dondup is Made in Italy Fund’s seventh investment and its fourth in the fashion sector. The purpose of the takeover is to create an industrial group capable of emphasizing and encouraging feasible synergies between the acquired firm and some of the fund’s portfolio entities active in the fashion segment.

Two such entities are 120% Lino, an Italian leader in producing linen and natural-fibre garments, and Rosantica, a brand specialized in making gem bags and precious accessories.

The strategies pursued include the sharing of initiatives of a production, marketing and communication nature, aimed at activating processes and with the scope to foster sustainability in the medium and long term.

Dondup ended the 2020 financial year with a turnover of more than US$62.19 million and an EBITDA of over US$16.7 million ‒ figures that confirm the company has not experienced any repercussions from the Covid-19 pandemic.

Today 65% of Dondup’s turnover is generated in Italy while the remainder is created on foreign markets, mainly European ones. This acquisition by Made in Italy Fund has the goal of further supporting business development, through an international expansion plan pivoting on Europe and the USA market, where 120% Lino and Rosantica are already present with a well-structured network.

Made in Italy Fund also intends to support and boost brand positioning through a targeted communication strategy that consolidates awareness and brand identity, to shift the label ever more into the aspired-to bracket.

One of the levers for brand development is the expansion and strengthening of the retail channel: today Dondup has just one single-brand store in Milan, in Via della Spiga. Planned future undertakings also include the opening of new flagship stores in prominent capital cities within Europe and beyond. This policy will be found alongside the restructuring and reinforcement of the online channel and even greater attention to sustainability. Dondup products adhere 100% to the Made in Italy approach and embody the concept of sustainable fashion, keeping environmental impact to a minimum.

“Dondup is the seventh acquisition since Made in Italy Fund was established and this reiterates our strategy of investing in Italian firms with pronounced know-how so that we may be an instrument for international growth and consolidation for them. We are therefore proud to be able to include Dondup as one of our portfolio companies,” explained Alessio Candi, Made in Italy Fund Partner.

Mauro Grange, CEO of the Group comprising 120% Lino, Rosantica and Dondup, confirmed: “We have a far-reaching expansion and internationalization plan for Dondup. We intend to strengthen the brand, particularly in the USA, where 120% Lino and Rosantica are already present, by acting with an industrial slant, by drawing on the interaction mechanisms already existing between the various companies and by settling careful attention on sustainability aspects. This new operation stands as yet another building block in the group’s strategy, shaped to create a fashion hub, which today can already count 120% Lino and Rosantica among its components.”

The words of Matteo Anchisi, Dondup CEO and shareholder, epitomize the operation: “I am pleased to be able to embark upon this commitment with an entity of the calibre of Made in Italy Fund: our shared vision has made the path a smooth one right from the outset. Its respect for the direction Dondup has taken ‒ from its transition to 100% Made in Italy products to its vigilant attention for sustainability aspects, through to its desire to guide the brand to grow gradually and constructively ‒ has convinced me to invest alongside the fund, and I’m sure we’ll accomplish great things together.”

“With Dondup we intend to redefine the international character of an already well known label, to enhance it with greater identity and desirability. We plan to create a centre for the reuse, recycling and reselling of jeans products, as action to convey the brand’s values of sustainability and honesty, and to prompt customer loyalty among the younger generations,” added Francesca Roni, Operating Partner for Made in Italy Fund.

Instead, the sellers were aided in legal matters by NCTM (Mr Pietro Zanoni). The accounting due diligence was carried out by KPMG (Mr Massimiliano Di Monaco). The operation was financed by Banco BPM, Banca Ifis, Intesa Sanpaolo and Illimity. 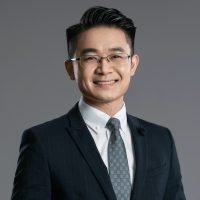 EXCLUSIVE INTERVIEW with MINISO about global expansion
Next Article 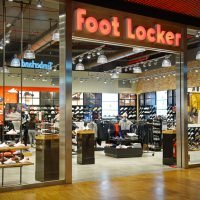