The U.S. lingerie, beauty and homewares firm said net sales in 2018 reached $13.237 billion, compared to $12.632 billion. Total company comparable sales increased 3% in 2018, thanks to a strong comparable sales rise of 11% at Bath & Body Works banner. However, annual comps were hindered by a 2% decrease at the struggling Victoria’s Secret, which set the course for the company’s bottom line.

For the fourth quarter, L Brands said net sales for the thirteen weeks ended February 2, 2019, totalled $4.852 billion, a slight increase from the $4.823 billion.

Profit in the quarter was negatively impacted by $99.24 million in expenses related to the company’s sale of La Senza.

The lacklustre result is a common theme for the lingerie brand in recent quarters, which has dragged down L Brands’ overall results over the last year, as it struggles to keep up with changing consumer tastes, which are increasingly prioritizing inclusivity, body positivity and comfort. 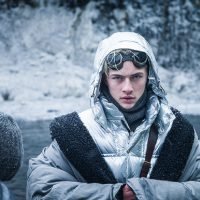