South Korea’s leading retail conglomerates Lotte Group and Shinsegae Group have made their names as two of the 10 biggest retailers in Asia.

The ranking is based on revenue from online and offline sources in the previous year.

In the list, big online players continued exceptional performance last year, with China’s Alibaba Group Holding and JD.com Inc. in first and second place, respectively. U.S. Amazon.com Inc. claimed the fifth position. Alibaba has retained its leading position since 2014 and JD.com No. 2 since 2016.

Other Korean retailers Hyundai Department Store Co. came in as No. 23, GS Holding Corp. No. 24, and leading online marketplace Coupang LLC No. 57.

Euromonitor International highlighted in the report that 47 percent of online business-to-consumer transactions were made through online marketplaces last year, up 20 percentage points from 27 percent in 2009.

It also projected the volume of Asia Pacific’s internet retail market to double to US$1.6 trillion between 2018 and 2023. It also noted that the Asian region accounts for 41 percent of global digital commerce market and that changes and growth in the regional retail market has been led by various factors such as an increase in disposable income, aging population, urbanization, and an increase in single-member households. 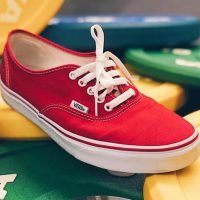