Duty free sales in South Korea climbed by 26 percent year-on-year in June 2019, as the market maintained its strong growth trajectory. Sales hit KRW1,957.1 billion (US$1,664 million), with sales to Koreans reaching US$302.6 million and to foreigners US$1,361.4 million.

The lowered value of the Korean Won sees better translated results with duty free sales growing 26 percent year-on-year in local currency, higher than the 17.4 percent growth in US Dollar terms.

The Korean Won dropped 6.8 percent year-on-year with concerns regarding the global economy, geo-political macro events such as the US-China trade war and growth concerns around the Korean economy dragging down the Won.

One positive from the June data is the slight uptick (0.1 percent) in duty free sales to Korean nationals. Duty free sales to Koreans fell for three consecutive months before June (March -0.1 percent, April -6.0 percent, May -8.7 percent) and while it may yet be too soon to judge the degree of recovery, duty free retailers are hopeful of sustained growth from Korean shoppers.

Growth could be hampered by a trade dispute that began in recent days between Korea and Japan, prompted by the Japanese government’s decision to curb exports of high-tech materials to Korea, which has prompted calls in Korea for a travel boycott and even led to flight cancellations.

Tour operators have yet to clearly outline the impact but a Hana Tour representative commented that there are cancellation enquiries although as for now, there is no noticeable impact on bookings. While this issue has yet to cripple travel to Japan, new bookings could be affected if the issue drags out.

In addition, according to new data released by the Korea Customs Agency, the dependence on foreigners is higher for the top grossing local cosmetics brands, with foreigners accounting for 94.9 percent of sales.

Whoo and Shinsegae International’s Vidi Vici recorded the highest average price per product at KRW149,960 and KRW137,399. Whoo and Vidi Vici outperformed their category and the duty free market in 2018, which also underlines how the luxury segment is performing better than lower and mid-tier segments.

Korea’s duty free market has performed well in 2019 and so far shrugged off concerns related to the China ecommerce law introduced in January. However not all brands are performing equally well.

Amorepacific’s stringent policy to limit resellers purchasing their products resulted in Sulwhasoo not only being displaced as the top grossing brand by Whoo, but this year also pushed into third place by Estée Lauder.

Sell-side analysts expect another difficult quarter for the company which in Q1 2019 posted sales and OP growth of 1 percent and -26 percent year-on-year. Except for Sulwhasoo, Amorepacific’s premium brands have all posted negative sales growth in the period.

On a related note, the Korea Duty Free Association (KDFA) has published its June figures earlier than usual in the following month. Despite the continuation of positive double-digit duty free sales growth, the market remains bearish with the share price of the main duty free retailers declining by an average of 24 percent from their high in early May. From 2 May to 10 July the share price decline of the major players is: Hotel Shilla -27 percent, Shinsegae -22 percent, Hyundai Department Store -24 percent.

Despite resellers continuing to buy in bulk, regulatory risks, and fears about the impact of the new China ecommerce law continue to weigh on the share price of the listed duty free retailers in South Korea. 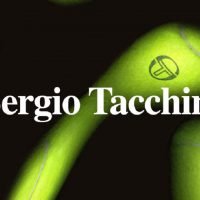 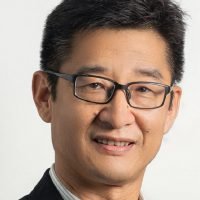