The company had faced allegations that it used Swiss subsidiary Luxury Goods International SA to improperly book profits made in Italy in a country where taxes are lower.

The alleged scheme centered on Gucci, the Italy-based brand that has fuelled much of Kering’s growth under chief executive Marco Bizzarri and creative director Alessandro Michele.

The issue has dogged the company for more than a year, ever since a raid on Gucci offices in Florence and Milan by Italian tax investigators in late 2017. Kering disclosed its potential liability in January, citing an Italian audit that found the company had underpaid its taxes between 2011 and 2017.

“This is very much in line to what was expected,” said Luca Solca, head of luxury goods at Bernstein. “It is a good thing that Kering is putting it behind its shoulders.” The settlement brings two clear benefits for the company: it removes some uncertainty around the luxury giant’s financials, and a reason for investors to be sceptical about its corporate responsibility credentials, Solca added.

In 2018, Kering generated €13.7 billion ($15.3 billion) in sales of which Gucci made up about 60 percent. Much of the brand’s products are manufactured in Italy. But according to a report by French investigative publication Mediapart, when a retailer wanted to stock Gucci products, they dealt with a different Kering subsidiary, Luxury Goods International. LGI employed around 800 people centered around a logistics hub in the Swiss Canton of Ticino, which borders Italy. The subsidiary’s facilities there acted as a waystation for Gucci bags, dresses and shoes on their way to shops around the world.

Crucially, retailers would send their bills to LGI as well, allowing Kering to record profits in Ticino, where its tax rate was just 8 percent, according to Mediapart’s investigation. In 2017, LGI recorded a net result of more than €1.4 billion, according to financial accounts filed in Luxembourg. Kering’s total profit from continuing operations excluding one-off charges for that year amounted to €2 billion.

Kering has said LGI is a strategic hub for centralised distribution and logistics, and that all its Swiss entities carry out tangible business activities in the country, justifying their tax domicile. The company said Kering Luxembourg does not provide any tax benefit to the Kering Group.

Plenty of large, international companies, from Apple to Nike, structure their operations in part to reduce their tax liability. But such measures can be politically unpopular in the brands’ home countries and are tempting targets for regulators.

Italy in particular has had some high profile tax targets, going after brands including Prada, Bulgari and Giorgio Armani over the last decade. Consumers do not seem to mind.

“If you look in the past there were big settlements of fashion companies with tax authorities…but there was no backlash against the brands,” said Mario Ortelli, who runs a London-based advisory firm on luxury strategy. 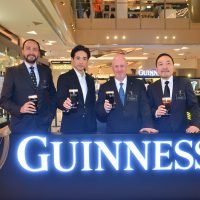 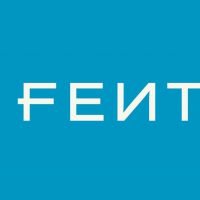