JD.com, China’s largest retailer, the World Wide Fund for Nature (WWF) and The China Children and Teenagers’ Fund (CCTF) are partnering to launch a second annual Green Planet-Sustainable Week, raising awareness about sustainable consumption in the world’s most populous nation.

The seven-day program, which kicked off this week, will reinforce JD’s commitment to help the retail industry develop more sustainably, reducing the impact of China’s booming consumption on the environment.

For the event, JD will promote pollution reduction through the use of reusable shopping bags, created from the fabric of discarded apparel in response to a call from WWF to reduce pollution caused by plastics. The bags, which are also regularly used in JD operations, will be distributed free during the event and include RFID Chips that can be scanned as coupons in offline stores through JD’s partners.

JD’s Green Planet-Sustainable Week also kicks off a new clothing drive for the company’s recycling program. Taking advantage of its nationwide in-house logistics network, which covers 99% of China’s population, JD will collect both used and unused clothing from customers either to be sent to recycling facilities or distributed to those in need. Proceeds will be donated to lower-income families, people with disabilities and charity groups. Last year, a similar drive led to the collection of nearly 400,000 items, or 20 tons, of clothing, from 150 million people in four cities. This year’s program will expand to cover 47 cities.

Customers will be able to trade in major appliances for recycling as well, by third-party companies through JD’s platform. The appliances will be disassembled, after which parts will be used for repairs, helping to reduce the waste generated by household appliances as well as pollution created by their production. Working with JD’s charity affiliate, JD Foundation, the participating companies will donate a portion of any proceeds to support charitable activities on behalf of customers, while customers are eligible for payment for their used devices, plus coupons from JD in exchange for the trade-ins.

“The spectacular rise of Chinese consumption has been a major force behind the country’s incredible economic story but has also contributed to unprecedented environmental challenges,” said Zhonghao Jin, Head of Market Practice, WWF China. He believes this week’s activities will help “raise consumer awareness and accelerate the mainstreaming of sustainable consumption.”

Libo Ma, head of the CSR department at JD.com disclosed the company is in the midst of an effort to convert its entire vehicle fleet to new energy vehicles while being involved in other efforts to reduce emissions. The company is also is developing biodegradable packaging to further reduce waste in the supply chain. 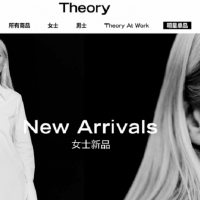 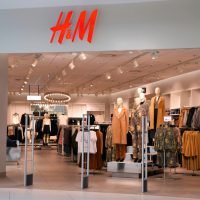