Leading shopping centres in Japan recovered well in FY2017 after a tough 2016, with most forms of tenant posting better sales. While accessories, sports and eateries did as well as expected, apparel also had a much better year compared to the tough trading in 2016. Station/fashion buildings that moved to a more premium position outperformed the sector, reflecting the continued growth in incomes and assets among affluent Japanese. The improvement overall reflects the better sentiment among consumers, but equally, the continued shift of spending from other forms of retail (like GMS stores) to the better shopping centres. So far, apart from a 2.8% drop in May, sales have been positive in FY2018 too, with apparel again doing much better than in recent years, suggesting an upturn for some fashion retailers. As well as sales growth, major SC developers have also become much more adept at extracting higher profits from their facilities, and we expect this trend to continue.

Leading shopping centres (SCs) developers saw a marked increase in sales in FY2017, with many enjoying record tenant sales, partly thanks to recovery in apparel. Increased optimism is clear, with many expecting a further improvement in sales in 2018 – so far an optimism borne out by reality.

Parco
Parco, a major “fashion building” (vertical shopping centre) developer, posted lower like for like sales, down 1.7% to ¥237.4 billion, bur this was due to major upgrade works at Parco Nagoya, which suffered a 9.4% drop in sales as a result. During the year Parco also closed and began the rebuild of Parco Shibuya, closed its Otsu branch, and opened Parco Sendai and Parco_ya in Ueno. In our view, Parco is building considerable momentum again after decades of underinvestment due to neglectful previous owners.

J Front Retailing, which took over a major share in the shopping building operator in 2012, has proven an assiduous caretaker, investing in upgrading existing buildings to suit local needs, and investing in new buildings. At the same time, J Front has utilised Parco’s skills in SC management in its own diversification from department stores, notably in Ginza Six, Japan’s first luxury shopping centre that has so far been a success.

JR East
JR East’s station building operator, Lumine, is today one of Japan’s biggest shopping centre operators. It has invested heavily in transforming its stations into community hubs, offering shopping and services such as clinics and after school classes, with JR taking a cut on everything.

During FY2017 its key station building division, Lumine, closed its Lumine Man building in Shibuya, but overall saw tenant sales up 1.7% to ¥343.6 billion, and 1.9% on a same store basis. 14 of its 16 buildings saw sales rise, and properties in Shinjuku, Ikebukuro and Yurakucho achieved record sales – Ikebukuro and Yurakucho have now seen record sales for three straight years. All this despite a 30 minute shorter trading day. The 24 Atre SCs were up 2.1% with 13 posting their highest sales ever. JR East puts the record sales down to investment in updated floors, improved apparel consumption, and more event marketing. At the larger stations, strong sales of cosmetics and premium fashions at select shops helped drive growth.

Overall JR East’s retail facilities saw revenues up 3.1% last year to ¥514.9 billion, producing operating profit of ¥38.9 billion, up 5.9%, and forecasts a further 1.2% increase this year. JR West’s retail division, which is playing catchup to JR East in exploiting the latent value in its stations, grew revenues by 2.5% to ¥239.8 billion, but operating profit jumped 38.9% to ¥7.2 billion. SC facilities at Osaka station rose strongly on the back of high tourist footfall, and across all stations the new joint venture with Seven Eleven has seen a surge in CVS sales. Further south, JR Kyushu rose 2.7% to ¥103 billion.

Aeon Mall
Aeon Mall, Japan’s biggest SC developer, posted tenant sales up 2.2% from its 72 SCs, a recovery from the 1.1% drop in FY2016. Aeon continues to suffer from poor rates of return on its shopping centre investments, but is working on this. Its new GMS banner, Aeon Style, is working well in our view, and along with Don Quijote’s work with Uny, one of the few genuine solutions as to what to do with all those legacy big box general merchandise stores in Japan.

As a result, Aeon’s total developer business, which revolves around the two subsidiaries of Aeon Mall and Aeon Town, saw revenues up 6.2% to ¥335.6 billion, and added ¥69.7 billion in operating profit (up 9.7%), the highest of any Aeon retail business. In the past two years alone, Aeon has completed renewals at 33 properties and tenant sales were up 4.5%. It aims to continue expansion of properties across Asia, with new markets in Vietnam, Indonesia and Cambodia a priority, and to be the undisputed SC developer at home.

Overall, Mitsui’s retail facilities saw revenues rise 3.7% to ¥229.3 billion. Of this, Lalaport accounted for 54% of revenue, outlet malls 28%, Lalagarden 6%, Midtown and other urban SCs 9%, and 4% from other buildings.

Mitsui attributed the improvement to investment in refurbishment and new tenants, events, and heavy promotion of the Mitsui SC shopping card – Mitsui now has 10 million point card holders, up 1.23 million on the year. The developer is optimistic about the next few years, expecting further growth in like for like sales on the back of more investment and marketing, particularly of in-tenant events.

While apparel remains weak, Mitsui said that there were now significant numbers of higher performing brands, helping overall apparel sales exceed FY2016, in particular sports brands, childrenswear, and big casual chains like Uniqlo. Other categories like home, accessories, dining and services all rose on the year. Lalaport Tokyo-Bay led on growth, but others benefited from improving inward migration, notably SCs in popular residential hot spots like Kashiwa, Toyosu, and Koshien. Lazona remains Mitsui’s top selling SC, rising to ¥96 billion last year, after adding Bic Camera as an anchor tenant – the mall has replaced around a third of the tenants since 2016. The five major SCs opened by Mitsui in 2015 and 2016 are all seeing rising sales, but older SCs like Alpark in Hiroshima fell due to new competing facilities nearby.

Mitsui’s outlet malls, which now number 13 in Japan and two overseas, posted tenant sales of ¥356.2 billion, up 5% on the year before, and a new record. Higher footfall from tourists, and new tenants helped spur growth, as did marketing of the malls in Mitsui’s other retail facilities. All outlet malls except two improved sales, with Jazzdream Nagashima leading with a 16% increase.

Mitsui continues to invest; it will open Lalaport Nagoya Minato Aquls 28 September in the south of Nagoya. The 124,700 sqm gross space SC will offer 217 tenants. A month later, Mitsui will unveil the second expansion for the Kisarazu outlet mall in Chiba, making it the largest outlet mall in Japan with 308 tenants. It will then open a 64,000 sqm SC in Numazu in Autumn 2019 with 220 tenants. In 2020, a rebuilt Yokohama outlet mall with 54,000 sqm of tenant space is due to open with 150 tenants, 80 of which will remain from the current property.

Mitsubishi Estate
Mitsubishi Estate’s three main retail property arms saw revenues surge 18.9% last year to ¥105.8 billion, with operating profit up 20.8% to ¥31.1 billion against total revenues for the developer of ¥1.19 trillion, up 6.1%. Mitsubishi Property Management, which manages most of the buildings in Marunouchi among its 167 properties, was up 7.3% largely due to eight new buildings last year as well as the ongoing conversion of the area into an upscale entertainment and office location. Mitsubishi has rebuilt 1.7 million sqm of Marunouchi real estate in the last 20 years, of the total 2.78 million sqm that it owns. The remaining 1 million sqm will be redeveloped too, providing Mitsubishi with many years of growth in revenues to come given Marunouchi’s location and reputation.

Outlet malls, operated by a majority-owned joint venture with US firm Simon Property Group, performed well thanks to the huge rise in tourist footfall, outperforming the rest of the SC sector. Mitsubishi Estate-Simon’s eight facilities rose 5.6%, led by the Gotemba mall up 6.6% – which exceeded ¥90 billion in sales for the first time in its 18 year history. Mitsubishi Estate-Simon’s tenant sales have risen 12% in the last four years. Similarly Mitsui’s Outlet Park division rose 5% last year, with six malls achieving record sales.

By product category, key drivers of improved sales were cosmetics and accessories, along with dining and food. While many fashion and station buildings suffered from tough trading in young womenswear, some developers noted improved performance from premium and international brands. Aeon too said apparel sales improved from a 4.3% drop in 2016 to a 1% fall last year, and that stores selling both apparel and accessories generally grew on 2016. So far we are seeing continued growth in 2018, with apparel also up, presaging a stronger year for Japanese apparel retailers overall.

Some of the best results in 2017 came from city-based station malls. This is partly due to net migration flows from regions to big cities, thus increasing local populations, but also because of tourists. Another key factor is the gradual shift of some to a more premium positioning. Station buildings were always a uniform middling positioning until recently, but the move upmarket is a smart one given the demand from affluent city dwellers for more higher end shopping/entertainment options than staid department stores can offer.

This shift even includes buildings in less well to do parts of Tokyo such as Parco Ikebukuro but the bulk are some of JR East’s Lumine and Atre SCs such as Lumine Shinjuku, Atre Ebisu and the NEWoMan SC which opened two years ago. For outlet malls, sports and outdoor brands performed the best, and apparel sales generally held up, as did luxury brand accessories.

For 2018, most major developers expect another good year. Parco continues to invest in upgrading its key buildings while building anew, and forecasts a 1.8% increase in tenant sales this year. Lumine expects 1.5% growth. 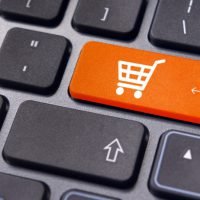 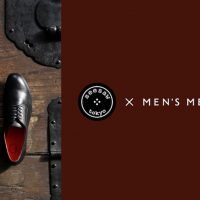