J.Crew prepares for a bankruptcy filing

Clothing apparel company J. Crew is preparing for a bankruptcy filing that could come as soon as the first week of May.

Privately held J. Crew is working to secure $400 million in financing to fund operations in bankruptcy, said the people, who requested anonymity because the information is confidential. They cautioned that timing could still slip, and plans are not yet finalized.

The New York-based retailer had already been struggling under a heavy debt load and sales challenges, as it suffered criticism that it fell out of touch with its once-loyal customers. In the past few years, the brand lost both its longtime design chief, Jenna Lyons, and famed retail executive Mickey Drexler.

Those challenges have been exacerbated by the coronavirus pandemic that has forced stores to shutter, throwing the retail industry into a state of disarray.

The retailer operates 182 J. Crew retail stores, as well as 140 Madewell stores, the youthful brand it launched in 2006. J. Crew had hoped to spin off Madewell in an IPO that could have helped pay down its debt load, but faced pushback from creditors.

J. Crew had roughly $2.5 billion in sales for its year ended 1st February, according to Moody’s. The research firm estimates that it had roughly $93 million in total liquidity as of February and looming 2021 debt maturities.

The company was acquired by TPG Capital and Leonard Green & Partners for $3 billion in 2011.

J. Crew joins a list of retailers, including Neiman Marcus and J.C. Penney, that were already struggling prior to the pandemic, but appear brought to the brink by the coronavirus’s devastating impact on the economy. U.S. multiyear gross domestic product expansion came to a crashing end in the first quarter, as the economy contracted 4.8%, while more than 30 million people have filed for unemployment benefits.

Still, unlike department stores, industry analysts say companies with strong brands, like J. Crew and its sister brand Madewell, may be best positioned to survive the retail upheaval. J. Crew has built up an e-commerce business and can sell directly to shoppers without relying on third-party sellers, or in-store shopping.

J. Crew had begun to see “meaningful improvement” in its 2019 business, according to Moody’s, correcting from execution issues the year prior. 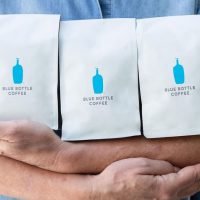 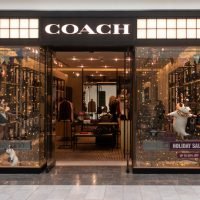