The decades-old retail tradition of Black Friday limped closer to obsolescence this year as online shopping and earlier discounts kept many brick-and-mortar customers at home.

E-commerce orders surged on Thanksgiving, the day before Black Friday, eliminating the need for shoppers to wait in long lines and fight for deals in shops. For consumers who did want to visit shopping centers, many stores were offering deals on Thursday evening.

Online sales on Thanksgiving and Black Friday rose about 18 percent to $5.27 billion, according to Adobe Systems. Meanwhile, data from researcher ShopperTrak showed that consumer visits to physical stores those two days fell 1 percent from a year earlier.

Smartphones and tablets have made it easier for consumers to shop from the couch, and many more of them are doing just that. Revenue generated from mobile devices rose to $1.2 billion on Black Friday, a 33 percent surge from a year earlier, according to Adobe.

“I’ve been doing this for 40 years, and I’ve never seen a Friday morning this quiet,” said Marshal Cohen, chief industry analyst at NPD Group. “Thursday has stolen Friday, there’s no question about it.”

Walmart and other chains also are steering customers toward their web deals. While Walmart still offers Black Friday specials at its supercenters, the day marks the beginning of a streak of online promotions called “Cyber Week.”

The world’s largest retailer has tripled its e-commerce selection to 23 million products this year, aiming to better compete with Amazon.com. Walmart said Friday that Thanksgiving was one of its top online-shopping days this year and that about 70 percent of the traffic to its website came from mobile devices.

Target, meanwhile, is offering 15 percent off almost everything in its stores and website for two days: Sunday and Monday. The aggressive discounts come at a cost.

When Target slashed prices last holiday season, its profit margin slipped to 27.9 percent from 28.5 percent. The retailer said that Target.com saw double-digit growth on Thanksgiving, driven by deals on electronics like televisions and Apple products. 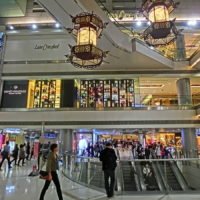 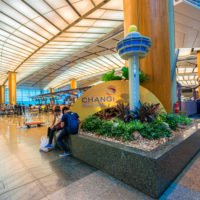