Interparfums reported that total sales for the year 2018 increased 8%, prompting the French company to raise its annual revenue guidance for 2019.

The French fragrance production and distribution group reported revenue of €455.3 million, or an 8% increase, on the back of high sales by its Coach fragrance licence.

Other key luxury brands to perform well in 2018 included Jimmy Choo, which saw scent sales go up 4% up, thanks to a strong year-end performance. Meanwhile, Montblanc perfumes fell 3%, affected by less major product launches in the twelve months.

Interparfums achieved sales growth in 2018 in every region. In its three largest markets, North America, Western Europe and Asia, sales rose 19%, 9% and 24%, respectively.

“The strong start to the year validates our 2019 prospects and enables us to revise our revenue target upwards,” said Philippe Benacin, CEO of Interparfums, in a press release.

Looking ahead, Interparfums is now forecasting an annual revenue of €480 million, as opposed to €470 million previously, in 2019.

The group cemented its goal to record an operating margin of approximately 14% in 2019.

Back in January, Interparfums announced it also has several product launches planned for 2019.

This includes new men’s fragrances for Jimmy Choo and Dunhill, a new Lanvin scent called ‘A Girl in Capri’ for women, the debut of its first Graff fragrance collections, and a new fragrance duo for the Abercrombie & Fitch brand. 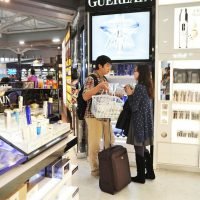 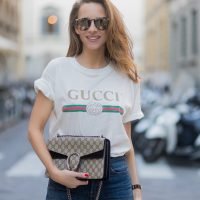 Is logo trend back in fashion?