Jean Madar, Chairman & CEO of Inter Parfums, Inc. noted, “As we reported last month, two of our largest brands performed exceptionally well in the first quarter. The launch of Coach Dreams early in the year factored prominently in the 35.9% increase in Coach brand sales. GUESS brand sales rose 28.9% on the strength of existing scents and brand extensions launched in 2019. Comparable quarter sales declined for our other major brands following the closure of virtually all points of sale throughout the world by the middle of March due to the global COVID-19 pandemic. Also, as we pointed out last month, our first and second largest brands, Montblanc and Jimmy Choo, recorded increases of 9.9% and 25.8%, respectively for the 2019 first quarter, setting a high bar for 2020.”

Mr. Madar noted, “The impact of COVID-19 was most severe in the Middle East and Asia, where first quarter net sales declined 44% and 37%, respectively, compared to last year’s first quarter. In North America and Western Europe, where shelter-in-place and store closings were implemented later in the period, first quarter net sales declined 1% and 11%, respectively, compared to the corresponding period of the prior year. Towards the end of March and into April 2020, large parts of the Asia market have opened, with China taking the lead. For example, after a poor performance in January and February, our best-selling brand in China, Anna Sui, made a dramatic improvement in March, with sales at retail about double those of February. Anna Sui fragrance sales are in great part conducted through e-commerce, therefore we believe that this favorable trend will continue. Several countries in Europe are moving forward with store reopening plans and are targeting later this month as a goal. We see the same thing happening in the Middle East. Thus far, several states within the U.S. have begun the reopening process, on a limited basis, but not enough to move the needle as yet.”

Mr. Madar continued, “We have taken action on many fronts to position our business for a strong rebound in sales and profitability next year. In past years, advertising and promotion accounted for approximately 21% of net sales; that percentage will be reduced in 2020. In that regard, as we reported last month, we have postponed the launch of several major programs, including those for the Kate Spade New York, Jimmy Choo, Anna Sui and GUESS brands, until 2021. Similarly, corresponding advertising and promotion expenses will be deferred until 2021.”

Mr. Madar concluded, “While we expect a precipitous decline in second quarter sales, compared to both the current first quarter and last year’s second quarter, we look for measured improvement in the second half. On the plus side, stay-at-home and store closure regulations are slowly lifting in a number of geographic markets where the crisis is receding. We do not, however, see a resumption of normal air travel happening any time soon, resulting in the loss of our travel retail business for the foreseeable future. In addition, in a recessionary environment, fragrance is generally a lower priority than essential purchases. We will continue to monitor the impact of COVID-19 and adjust our plans and activities accordingly as the situation evolves.”

Mr. Greenberg also pointed out that pre-tax income in the current first quarter benefitted from a $0.9 million gain on foreign currency versus a $0.2 million loss in last year’s first quarter.

Mr. Greenberg continued, “Our conservative financial tradition leaves us in a strong financial position. We closed the first quarter with working capital of $386 million, including approximately $204 million in cash, cash equivalents and short-term investments, a working capital ratio of over 3.7 to 1 and only $9.8 million of long-term debt. We also have $47 million available in untapped credit facilities. Nonetheless, as mentioned above, we have taken several actions to minimize expenses and protect our cash flows during this crisis.” 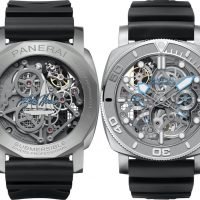 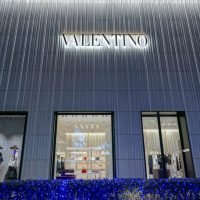