One Sunday in November 2015, Alexandre Daillance (known by his nickname, Millinsky, which he made up), woke up slightly hung over in his Wesleyan University dorm room. Then 18 years old, the Paris-born upstart fashion designer did what any teenager would do first thing in the morning: He grabbed his phone. He had dozens of notifications from Instagram, all showing he’d been tagged in a photograph of Rihanna. Still bleary-eyed, he realized she was wearing one of his hats—a simple baseball cap fronting his slogan “I Came to Break Hearts.” Within days he’d sold more than 500 of them. “So many were ordered so quickly that we had to shut down the web store,” Millinsky says. Soon celebrities such as rapper Wiz Khalifa and millennial icon Zendaya were wearing his designs. He was overwhelmed. 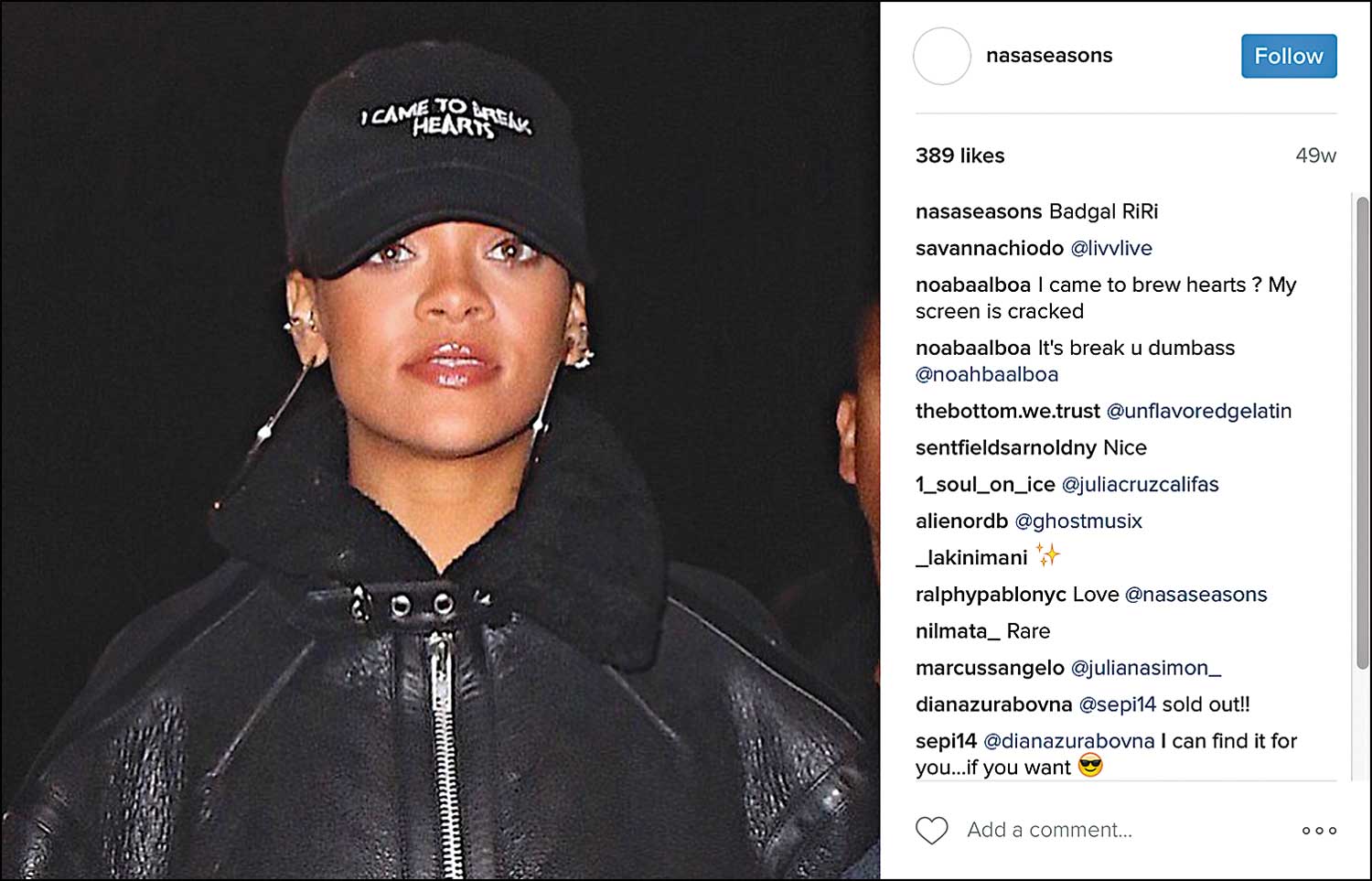 He also wasn’t alone: Millinsky is among a growing horde of superyoung designers using Instagram as their home base. For members of Generation Z—kids who got phones at birth, to whom social media is as important as oxygen—the photo-sharing site is the core of an instinctive methodology for building a brand, garnering a following, and generating sales.

In the year and a half since his big break, his brand has blown up. It’s carried by more than a dozen retailers worldwide, including high-end streetwear stores Colette in Paris and FourTwoFour on Fairfax in L.A., plus Barneys in New York and Harvey Nichols in London, where the hats cost $50 to $70 depending on their design. Millinsky’s strategy is to use retail stores to create exclusivity—thus elevating the brand—rather than rely on them for financial stability. “We make sure that our products are sold out quickly through retailers,” he says. “We create rarity, and then—boom!—we have waves of clientele coming to our website directly, no middleman necessary.”

Instagram continues to be the cornerstone of Millinsky’s business. Shortly after the Rihanna sighting in 2015 (she’s since been photographed in his hats a handful of times), Urban Outfitters Inc. made an offer: It wanted almost 10,000 hats—more than 10 times the volume Millinsky was dealing with at the time. He brushed off the company. “It would have killed the underground aspect of the brand,” he says. In September, Urban repeated its offer. Was he interested? “I told them my definitive answer,” he says. “It was simple: No.”

[whatsapp]
Featured Articles of the Week
Staff Writer 10 hours ago

Retail in Asia, launches its own awards, UPSTARTS. UPSTARTS mission is to recognise, amplify and reward Asia’s start up brands, retail concepts, retai…