Seoul’s newest and biggest department store, the Hyundai Seoul, is enjoying immense popularity, in what industry insiders hope to be a sign of a revival of consumer sentiment amid the prolonged COVID-19 pandemic.

According to industry analysts, the shopping mall in the office district of Yeouido, central Seoul, is estimated to have recorded sales of US$32.6 million in its first week of business, since pre-opening on 24th February.

Some 1.5 million people are estimated to have visited it during the first week, according to data compiled by industry insiders. Hyundai declined to confirm the figures.

On 28th February, the first Sunday after its launch, the new department store is estimated to have raked in US$8.0 million in sales — the highest daily sales figure for the retail behemoth.

The Hyundai Seoul, which opened at a time when the relentless spread of the novel coronavirus accelerated the migration to e-commerce, has received attention from the media and retail industry insiders. It was the first department store in to open in Seoul in a decade, since Lotte Department Store’s Gimpo Airport branch launched in 2011.

But the mall’s sheer size — the biggest in the city at 89,100 square meters — and with almost half of that space being allocated as rest areas, was what attracted visitors who were looking for a new place to visit.

As a bitter winter makes its way out for upcoming spring, the yearlong, suppressed consumer sentiment amid the ongoing COVID-19 pandemic also appears to be reviving.

According to Hyundai Department Store, the retailer witnessed its sales jump by 109.8 percent, from 5th to 7th March from same period in the year earlier. Even when compared to 2019 before the COVID-19 outbreak, sales increased by 26.5 percent.

“The consumer sentiment has been weakened with strict social distancing measures taking place and over the fear of the coronavirus, but it appears to be reviving now, with introduction of the vaccines,” a retail official from one of the department stores said.

While mall-going visitors crowding the roads have led to complaints from commuters in the area, the department store has recommended a crowd control scheme to ease congestion. Visitors heading to the Hyundai Seoul are advised to drop off their cars on designated days of the weekend according to the last digit of their car license number. 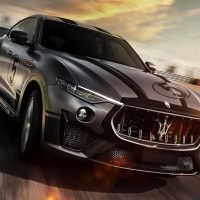 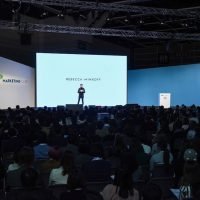 MarketingPulse: Marketing for good amid the pandemic