How is China revolutionizing retail?

It is said that ‘marketplaces’ originated in Ancient Greece.

Being referred to as “Agora“ (pronounced Ah-go-RAH’), they had their origins back during 800 B.C.

From then until the mid-1990s, ‘marketplaces’ as a concept didn’t really change much
fundamentally – except for the likes of air-conditioned Department Stores and
Supermarkets, which made their way via the USA in the early-to-mid 1900s.

This was until the likes of Amazon, Flipkart and Alibaba changed the game towards the end of the 20th century.

Anyway, the purpose of this article is not to talk about how eCommerce has
revolutionized the 2,500-year old concept of “marketplaces”.

Rather, it is to showcase how in China, the 25-year old concept of eCommerce itself is being revolutionized.

Comparing USA and China – 2 of the largest eCommerce markets in the world: China is already ahead of the USA in terms of eCommerce Sales, and growing at a rate of 17.4% CAGR annually. To add some more numbers in perspective, 11.11 (also known as “Singles’ Day in
China) – similar to Black Friday (in the US) or Big Billion Day Sales (in India), the
comparison stands as follows:

For many top apparel retail brands in China today, anywhere between 40%- 80% of
their online sales come from TMALL, while the rest come from Taobao (also owned
by Alibaba), JD.com, and others – all of which are eCommerce Marketplaces.

So, clearly, strongly established marketplaces is not only a differentiator, but in many
ways also a driver of growth for Retail in China.

And given that Amazon is not even present here, what does the broader ecosystem look like, and what is going on from a consumer engagement standpoint?

Overview of the Chinese eCommerce ecosystem – “The walled gardens”

These 2 ecosystems are not really “eCommerce platforms”.

Rather they are fully grown ecosystem combining communication, entertainment, games, payments and of course, transactional commerce.

For instance, consumers seamlessly switch from Tencent’s WeChat messaging platforms where they see product recommendations, to transacting on JD (part of Tencent’ ecosystem).

At the same time, the same consumer might slip into clicking on an advertisement on
Youku (part of Alibaba ecosystem, often referred to as China’s Youtube), and end up
purchasing the product on TMALL.

On the mobile payment side, AliPay and WeChat Pay go head-to-head with market
shares of 54% and 40% respectively.

The larger share of Alibaba being easily attributed to online payments (via checkouts on TMALL and Taobao.com).

Looking outside of Commerce and payments, the 2 giants have invested in Cloud services (similar, although less mature application ecosystems compared to AWS), music and culture, news and gaming.

And even bike rentals (where 2 of the largest players Mobike and Ofo are affiliated with Tencent and Alipay, respectively).

It is therefore the complementarity within each ecosystem, as well as the “walled
gardens” that exist between them that drive competition. And in the end, it is the
consumer that chooses to benefit. Although, on many occasions this translates to
having friction on the consumer experience.

To give you a sense of the Chinese ecosystem across between the 2 giants (Tencent and Alibaba) and the smaller (but more significant on search – Baidu), see the figure below: A fundamental difference between Alibaba and Flipkart (and even Amazon), is
Alibaba’s willingness to open-up its platform to share consumer data with merchants.

By allowing brands to run “loyalty programs” within TMALL and Taobao, Alibaba has
opened up a “data marketplace” – where merchant brands can come together with
Alibaba and run engaging, gamified loyalty programs that help combine a consumer’s offline and online user journeys and experience.

According to PwC’s global consumer insights survey of 2018, Chinese consumers
are much more willing to share data and have high expectations that they will receive
personalized experiences because of it. 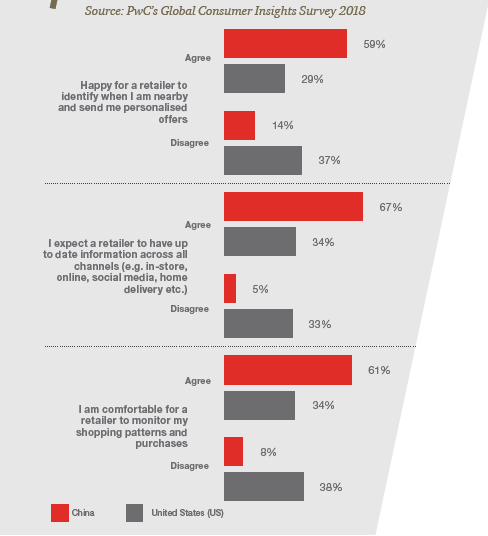 Alibaba is not complaining.

In fact in many ways it is only enabling brands to access more consumer data to build a stronger connect with its consumers.

So, why does Alibaba allow this sharing of data across TMALL?

The answer might lie in the fact that TMALL wants to retain its place as a destination for “product discovery”.

It wants to be the “Google (or in case of China, the “Baidu” of shopping).  They want to retain the Search traffic.

The eventual sale might happen online or offline (and in either case, brands are enabled with data).

As we go move towards the end of the 20th century, newer models are evolving.

Checkouts are starting to happen within WeChat itself, and social-group-buying
models like Pinduoduo (China’s fastest growing Social eCommerce App) are gaining
ground. And they’re doing it FAST!

To put this in perspective: 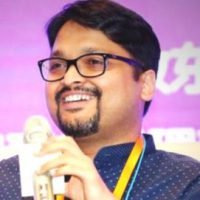 a is a marketing enthusiast and is an MBA from IIM Lucknow with specific interests in marketing and entrepreneurship. He currently works as the General Manager for Capillary’s operations in China.
He has co-authored “The Fresh Brew: Chronicles of Business & Freedom”, a book chronicling the lives of 25 exemplary individuals. He started his writing escapades with TalkingTails.in – his personal blog. 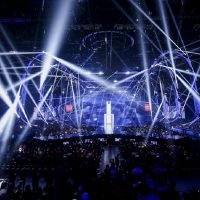 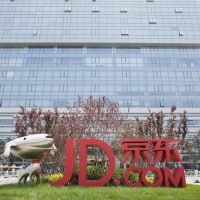