Hong Kong’s LionRock Capital in the running to buy Clarks

As struggling British firm Clarks continues to refinance and attract investment, Hong Kong-based LionRock Capital is one of two companies in the running to purchase a stake in the footwear company, according to a Sky News media report.

LionRock Capital, an investment firm that has backed companies such as Internazionale, the Serie A football club, and the ride-hailing app Hailo, is one of two
remaining bidders for a Clarks stake.

Alteri Investors have also submitted a rival bid for a stake in the footwear retailer. Discussions are expected to conclude in October.

Sky News reported that the potential sale transaction was likely to leave the Clark family with an equity stake in the shoe business, but could be reduced to below 50%.

The negotiations follow Clarks’ announcement back in May that the footwear retailer was planning a share sale to raise any amount from US$128 to US$193.09 to them put back into the business.

Under the company’s CEO, Giorgio Presca, Clarks said it would also cut 900 jobs and create 200 new positions, as part of its new ‘Made to Last’ business strategy.

Looking forward, Clarks said it was “currently reviewing options to best position our business, our people and the Clarks brand for future long-term growth”.

To do so, the Clarks family has tapped KPMG to advise them, with Deloitte being hired by the Clarks management team.

Meanwhile, PricewaterhouseCoopers has been hired by a group of the footwear chain’s lenders, and investment bank Rothschild is also advising the company.

Founded in 1825 by Cyrus and James Clark, the British heritage footwear brand has hit hard times of late. In the last year, Clarks reported a post-tax loss of 80 million British pounds. 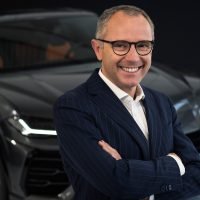 Automobili Lamborghini's Chairman and CEO to exit
Next Article 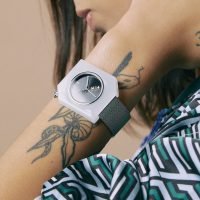