According to global real estate consultant CBRE Group, New York’s Fifth Avenue commands the world’s highest prime rents for retail space as rent gains in the Americas and Europe outpaced those in the Asia-Pacific region.

Regionally, prime rents grew the most in Europe, the Middle East and Africa (up 6.2 percent), followed by the Americas (up 3.9 percent) and Asia (2.1 percent). The report covers more than 90 markets across the globe.

SEE ALSO: 10 most expensive shopping streets in the world

The perennial top markets for global retail showed substantial divergence in the past year. Prime retail rents on New York’s Fifth Avenue between 56th and 58th streets increased by 14.3 percent in the past year to $4,000 per square foot per year as of this year’s second quarter.

Meanwhile, prime rents on Hong Kong’s Russell Street declined by 33 percent to $1,856 per square foot per year amid a slowdown in tourist arrivals from the Chinese mainland and more prudent spending by locals.

“The cooling off of China’s economy has manifest itself in sharply lower rents in Hong Kong, which has allowed a new crop of retailers to enter the coveted city,” said Anthony Buono, Chairman of CBRE’s Global Retail Executive Committee. 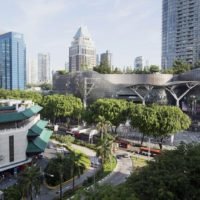 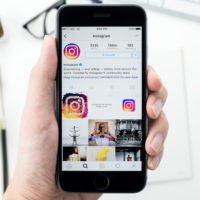