The percentage growth was modest, however, compared to July 2017, which recorded revised growth of 4%, said the C&SD. In volume terms, retail sales in August 2017 increased by 3.2% over a year earlier, compared to July’s 4.5% gain.

By category, jewellery and watch sales recorded a 7.3% gain in sales; supermarket revenues were up 2.3%; department stores up 5.2%; medicines and cosmetics increased 2.3% and other consumer goods lifted 4.6%.

However, apparel sales decreased by 0.6% in August compared with a year earlier. Falls were also recorded across food, alcoholic drinks and tobacco, down 3.9%; footwear and other clothing accessories fell 5.2% and optical shops witnessed a 0.1% decline.

Taking a wider snapshot, the C&DS — for the first eight months of 2017 — said the value of total retail sales increased by 0.3% over the same period in 2016.

“The near-term outlook for retail sales should remain positive given the favourable job and income conditions and stabilisation of inbound tourism,” said an official.

“However, various external uncertainties continue to be a concern.” 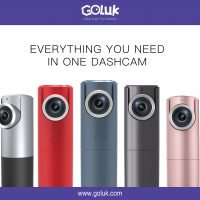