Hermès strong sales momentum over the first half of 2019

The sustained growth in the second quarter (+12 % at constant exchange rates and +15 % at current exchange rates) is in line with the trends seen over the first three months of the year.

Axel Dumas, Executive Chairman of Hermès, said: “Hermès sales were very dynamic in the first half of 2019, in all regions and in all business lines. This sound growth reflects the House’s creative drive, outstanding know-how, and the relevance of its craftsmanship model which helps strengthen local integration.”

Sales by geographical area at the end of June
(at comparable exchange rates, unless otherwise indicated)

In the first half of 2019, revenue increased in all geographical areas worldwide:

The momentum in the first half was driven by solid growth across all business lines, with a remarkable performance of the Ready-to-Wear and Accessories division.

Growth in Leather Goods and Saddlery (+12 %) was particularly sustained over the first half of the year, based on collections blending style, know-how and diversity of materials. The division’s annual growth target remains unchanged.

Demand remains very high, both for the Maison’s classics and other models, such as the Mosaïque and 24/24 bags. The increase in production capacities continued, with the ground breaking of the Maroquinerie de Guyenne workshop in June, scheduled for completion in 2020, and the announcement of a new workshop in Louviers by 2021.

Hermès continues to strengthen its local integration in France with the opening of a training centre in Fitilieu (Isère), and the announced extension of the Ganterie-Maroquinerie de Saint-Junien workshop (Limousin region).

The Ready-to-Wear and Accessories division (+15 %) pursued its strong growth, thanks to the success of the men’s and women’s ready-to-wear collections and of fashion accessories and shoes.

The Silk and Textiles business line (+4 %) confirmed it positive momentum, benefitting from sustained demand and the diversity of materials, outstanding creativity and know-how. The Pierre Bénite site (Rhône) will be extended to support development and will accommodate two new printing lines.

Driven by the success of Terre d’Hermès and the new creation, Un Jardin sur la Lagune, Perfumes (+3 %) posted an increase, despite a high comparison basis at the beginning of last year following the launches of Twilly d’Hermès and Eau de Citron noir.

Other Hermès business lines (+19 %) recorded a positive increase over the period, both in Jewellery and in the Home universe. 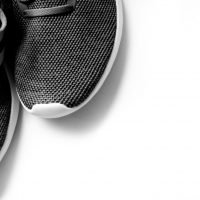 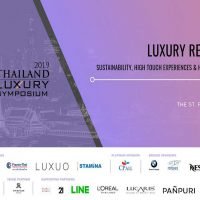