Have you heard of the “Falling Stars Challenge”?

The Falling Stars Challenge, a meme that has rocketed through Asia, features people posing as if they’ve fallen out of their luxury cars, with the luxury contents of their luxury bags spilling out on the pavement for all to see.

The expensive goods are meticulously arranged so followers can admire the makeup, jewelry, shoes and other items that have oh-so-embarrassingly been laid bare.

But the meme has become democratized, spreading from its beginnings as a way to take the humble out of humblebragging.

It now encompasses any number of chosen identities, becoming a way to display the physical items and pursuits most closely associated with oneself.

It’s popular among beauty and photography bloggers, fitness and food enthusiasts, and artists of all sorts.

Hospital workers have shown off the tools of their trade, while others, with a touch of self-deprecation, have offered their more accessible collections of yoga mats, junk food and trash. They don’t even need to fall out of cars.

The challenge originated in Russia and has spread throughout Asia, especially in China, where thousands of people have participated on Weibo, a popular social network.

Even rigid government departments have joined in.

The Consular Protection Center of China’s Ministry of Foreign Affairs posted a photo that showed a worker falling into a pile of paper.

A police school photographed a fallen officer surrounded by bullets.

The challenge has spread beyond Russia and China, with tens of thousands of posts from various countries appearing on Instagram. 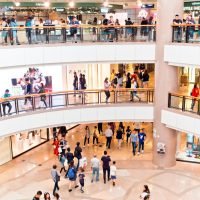 Who is Hong Kong's new luxury shopper?
Next Article 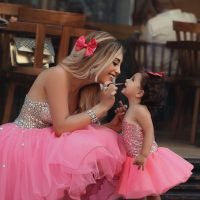 Mini-Me dressing: a gold mine opportunity