Moving forward with plans to invest in the embattled publishing and retail company Lagardère SCA, Bernard Arnault’s investment vehicle Groupe Arnault said it will buy 27% of Lagardère Capital & Management, which holds a stake in the conglomerate, in early September.

The luxury executive has said the move, which was announced in May, is intended to help out the conglomerate’s Chief Executive Officer, Arnaud Lagardère, a family friend, who has been fending off activist investor Amber Capital.

“This investment gives tangible form to the longstanding relationship between our two families and shows our commitment to the integrity of the Lagardère group based on its two priority areas, Lagardère Publishing and Lagardère Travel retail,” Arnault said in a statement.

Lagardère welcomed the investment, which he said would support “our ambitious, sustainable strategy over the long term.”

The company, which is active in book publishing under the Hachette umbrella, plus travel retail under the Relay, Aelia Duty Free and Vino Volo banners, has been feeding headlines in France this summer.

In May, when announcing plans to invest in the media conglomerate, Arnault cited his friendship with founder Jean-Luc Lagardère, Arnaud Lagardère’s father and said the two families would share long-term strategic interest in the company.

Bernard Arnault was on the supervisory board of Lagardère SCA from 2004 to 2012, and his son Antoine, CEO of Berluti and Head of Communication and image at LVMH Moët Hennessy Louis Vuitton, took a seat from 2012 to 2013. In turn, Arnaud Lagardère sat on the board of LVMH from 2003 to 2009.

Lagardère’s first-half revenues were came to US$2.4 billion, down 38 percent, weighed down by a steep drop in travel retail due to the coronavirus crisis.

Over the past decade, the group has pared down its activities, particularly in magazine publishing, though it still holds the Elle brand license and owns the iconic celebrity title Paris Match and weekly newspaper Le Journal du Dimanche.

In 2011, Lagardère sold 102 international titles to Hearst Magazines, most notably Elle in 15 countries, including the U.S., Canada, Germany, Italy, Russia, China and Japan. It sold off its stake in Marie Claire in 2018. 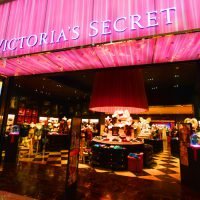 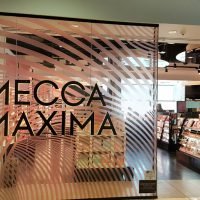