Emerging market-focused e-commerce firm Global Fashion Group has announced the pricing range for its planned IPO with the offering set at between €6 and €8 per share.

SEE ALSO : EXCLUSIVE INTERVIEW with GFG : The future of fashion retail in the emerging markets

Starting on June 18, 2019,  the share offer period lasts a week and will expire on June 25, with trading starting on June 27. Under the ticker ‘GFG’, the company will list on the regulated market (Prime Standard) of the Frankfurt Stock Exchange.

The shares on offer represent some 24% of the company’s total equity at the mid-point of the price range. The company expects to raise around €300 million, it said.

“This is a very exciting and important next step for GFG,” said GFG co-CEOs, Christoph Barchewitz and Patrick Schmidt.

“Through an IPO we will be able to invest in further strengthening our end-to-end customer proposition, continue our path to profitability and reinforce our position as the leading fashion and lifestyle destination in growth markets,” they continued.

The fashion retail company, which owns Zalora, The Iconic, La Moda and Dafiti, announced its IPO plan.  It is present in 17 countries across Asia Pacific, Latin America
and the Commonwealth of Independent States.

In 2018, GFG reported an increase in net merchandise value of 23 per cent to €1.45bn. For the twelve months, the group reported an adjusted loss before interest, tax, depreciation and amortisation last year of €49.8m, down from €98m the year before.

Looking ahead, GFG expects NMV to grow by 20-23% (on an organic basis) to reach €1.7bn to €1.8bn in 2019. Further, the company expects to generate more than €1.3
billion in revenue and to make additional progress towards EBITDA break-even.

GFG is majority-owned by Sweden’s Kinnevik, which holds a 35 per cent, and German tech incubator Rocket Internet, which has a 21 per cent stake. 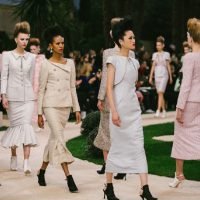 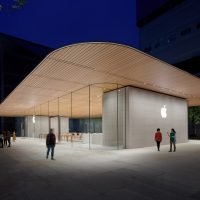