The sale news comes as Gap looks to focus on growing its darling brands Athleta and Old Navy, while working to turn around its namesake Gap label, as well as Banana Republic – all part of its Power Plan 2023.

“We are committed to driving long-term, profitable growth for our shareholders and employees, while delivering unique product and experiences for our customers at scale,” said Gap Inc. Head of Strategy, Sally Gilligan.

The sale of Intermix follows Gap’s sale of sell Janie and Jack, a leader in premium children’s apparel and accessories, to Go Global Retail, in April this year.

“The sale of Janie and Jack and planned transaction of Intermix demonstrate how we are prioritizing our strategic focus and resources behind the growth and potential of Old Navy, Gap, Banana Republic and Athleta,” added Gilligan.

Gap acquired Intermix for around US$30 million in 2012. According to a company spokesperson, the brand represented less than 1% of the group’s total annual sales of US$13.8 billion in 2020.

BofA Securities, Inc. served as Gap’s financial advisor for the transaction with Altamont.

In its most recent trading update on 4th March, the company said it plans to open 30 to 40 Old Navy stores and 20 to 30 Athleta stores and close about 100 Gap and Banana Republic stores globally in fiscal 2021. 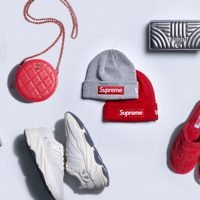 Rosewood Hangzhou to open in 2025