Furla’s success : a look into their recent strategy

Furla Group continues to grow, with 252 million euros in turnover in the first half of 2018, a 10.6% increase at constant exchange.

Turnover increased in the first part of the year across all markets. In particular, the Asia Pacific region registered a 28.6% increase at constant exchange, while Japan saw a 9.5% increase. The United States also registered an excellent performance, with a 24.2% increase.
Figures from the first half of the year reveal that Italy now accounts for 15% of total turnover; the EMEA region (excluding Italy), 28%; the APAC region, 27%; Japan, 23%; and the U.S., 7%.

Extensive worldwide distribution continues to be among the Italian company’s strong points: Furla is present in 100 countries, with 471 monobrand stores situated in the most prestigious international shopping streets. It also has over 1.200 multibrand and department store sales points.

Over the past several months, Furla Group has assumed full control of its retail distribution in China, Hong Kong and Macau.

Travel retail played a fundamental role in the company’s growth, with year-on-year sales up by 23% in the sector, which accounts for 8% of Furla Group’s total turnover.

The company is present in the travel retail channel in 64 countries, with a total of 298 sales points, including boutiques, corners, shop-in-shops, aircraft and cruise ships.

Furla is carrying out a major investment plan that aims to consolidate its impressive growth trajectory over the past several years and make it sustainable.

Significant resources are being directed toward strengthening the supply chain through the implementation of a more sophisticated information system better suited to the company’s current size.

The selection process for suppliers is ongoing and crucial to guarantee continued high-quality, on-time manufacturing.

The company has also paid great attention to its new e-commerce platform, which saw sales increase by 24.1% in the first half of this year.

Continual investments in human resources have allowed Furla Group to create new positions: today, the number of employees worldwide is 2.514, compared with 2.362 in December 2017.

The company is also boosting its investments in marketing and communication, with ever-greater emphasis on digital and social media.

A new, elegant monogram inspired by Furla’s “F” was created and introduced in Milan during the city’s women’s fashion week in September 2018. 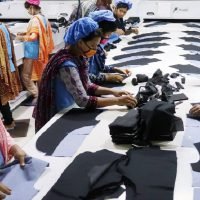 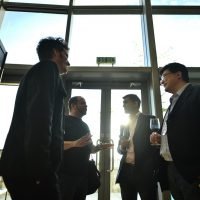 EXCLUSIVE INTERVIEW : Tony Verb on the GBA
Featured Articles of the Week
Contributor 2 weeks ago