Fashion “unicorn” Farfetch has acquired digital marketing agency CuriosityChina in a bid to boost its presence in the world’s second-largest luxury market.

CuriosityChina will enable the fashion e-commerce platform to offer additional services to luxury brand partners operating in the country’s fast-moving and unfamiliar digital marketing environment. The terms of the transaction were undisclosed.

CuriosityChina’s employees will join Farfetch, including co-founders Judy Liu, Alexis Bonhomme and Arthur Shui, who will take on the titles of managing director, China; vice president of commercial, China; and head of technology innovation, China, respectively.

The move follows a 2017 deal between Farfetch and JD.com, China’s second largest e-commerce player, which invested $397 million into the platform. Farfetch launched in China three years ago but the market currently accounts for only 10 percent of the company’s revenue, according to Cowen & Co, a financial services firm.

In 2016, Farfetch — a technology platform which connects consumers with a curated network of fashion boutiques and, increasingly, brands — cleared $800 million in gross merchandise value, generating an estimated $150 million in revenue (Farfetch takes 20 to 25 percent commission from partners).

The acquisition of CuriosityChina is the latest in a series of strategic moves by the Farfetch, which has raised over $700 million in funding and is seeking scale as it gears up for an IPO. Neves has been reluctant to lay out a specific timetable for the flotation, but according to a source close to the deal, the company is planning to IPO in New York in September 2018 at a valuation greater than $5 billion.

So far this year, the platform has inked a strategic partnership with Chanel to enhance the French luxury house’s boutique experience; entered into a joint venture with Chalhoub Group, one of the biggest distributors of fashion and luxury goods in the Middle East; and struck a deal with Burberry to expand its global e-commerce distribution and launch a “show to door” London delivery service. 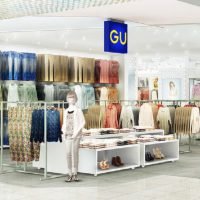 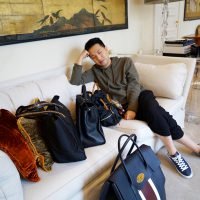 How many bags does Mr. Bags sell in 6 minutes?