Supreme Italia — aka the other Supreme — is continuing to make their counterfeit reign, well, rain, by opening a giant new flagship location in Shanghai.

The move marks the knock-off brand’s second Shanghai flagship store. The design is centered around OG Supreme’s red and white logo and it covers the front of the new Supreme Italia store in massive, illuminative red stripes. Inside, the store features an indoor skate park, inspirational quotes on the walls like “finally I feel like I belong here,” as well as lots of fake Supreme.

Supreme Italia has been in the news frequently of late, thanks to its canceled collaboration with Samsung. In a rare interview with Business of Fashion last month, Supreme founder James Jebbia stated that, “This is a whole new level with this criminal enterprise — these complete imposters and impersonators. This is a company that was able to convince one of the biggest companies in the world that they are the real thing.”

Jebbia continued, “People should know that the idea of legal fakes is a complete farce. It would be sad if a new generation thinks that’s actually legit. We don’t do a ton of press and we are quite quiet. These guys are taking full advantage of that… We haven’t had the time to basically go on this massive disinformation tirade or press thing that most people would.” 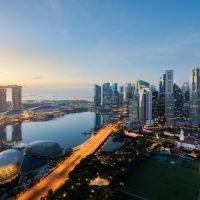 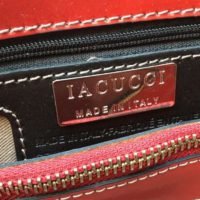