Exor, the holding company of Italy’s Agnelli family, and French luxury group Hermès International announced an agreement to take Shang Xia, one of the first Chinese luxury companies, to the next stage of its development.

Axel Dumas, Executive Chairman of Hermès said: “We are proud of how far Shang Xia has come in the last ten years, demonstrating our confidence in the brand’s unique model and original proposal.”

Exor will invest around US$96.7 million in Shang Xia via a reserved capital increase that will result in it becoming the company’s majority shareholder. Hermès, that has accompanied Shang Xia successfully throughout the initial phase of its development, will remain as an important shareholder alongside Exor and founder Jiang Qiong Er.

“With Exor, we share a long family and entrepreneurial culture on which we will be able to build Shang Xia’s new successes,” added Mr. Dumas.

The investment, that is expected to complete by the end of 2020, will result in a non-recurring profit of around US$96.7 million for Hermès.

During the decade since its foundation in 2010 Shang Xia has established its reputation both in China and internationally for combining traditional Chinese craftmanship with its distinctive interpretation of luxury. Shang Xia has stores in exclusive locations in Shanghai, where it was founded, and in Beijing, Chengdu, Hangzhou, Shenzhen and Paris. 2021 will see new stores openings in Singapore and Taipei.

With this agreement, Shang Xia will benefit from the support of two family-owned companies, one with French roots and one with Italian roots, both with a common culture of excellence and entrepreneurship.

John Elkann, Exor’s Chairman and Chief Executive Officer commented: “We are delighted to be able to share with Shang Xia our experience of developing global luxury brands as well as the entrepreneurial spirit we bring to all our companies.”

John Elkann added: “With Hermès, we look forward to accompanying Jiang Qiong Er in the years ahead, supporting her in building a great company with the ambition to increase the appreciation of the contemporary creativity and traditional culture of China to a growing client base worldwide.”

Shang Xia founder Jiang Qiong Er commented: “Within just a decade, Shang Xia has managed to position itself as one of the first Chinese brands on the international luxury stage. This has been achieved thanks to the consistent commitment of Hermes all along. As founder of Shang Xia, Exor joining our initial duo is a thrill as it will enable Shang Xia to pursue our dreams and ambition with more power than ever.” 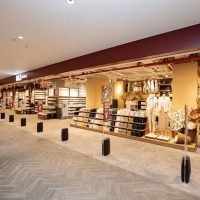 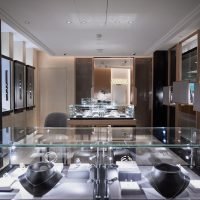