Shanghai Tang, a few months ago, had quietly announced its “back to the roots” strategy to bring the brand back to its original role of storyteller of Chinese heritage elements to the global audience.

After months of strategic plan with Victoria Tang as Creative Director, the brand is ready to celebrate its 25 years of heritage with a series of carefully designed initiatives.

First, among other surprises yet to be unveiled, an exclusive collaboration with the internationally renowned Chinese artist Xu Bing.

Whether you follow or not the brand social media accounts, today your social media feeds must have been flooded with Chinese calligraphy that you are actually able to read even though you have never studied the language. Through this visual concept related to the ability of the brand to translate Chinese heritage into global creations, Shanghai Tang offIcially opens the celebrations for its Silver Jubilee.

The collaboration with Chinese artist Xu Bing, whose internationally lauded works have exhibited at the likes of MoMA, the Metropolitan Museum of Art in New York and the British Museum in London, wants to be emblematic of the vision of the brand to be recognized as authentic, deeply rooted into Chinese heritage, and able to translate its cultural heritage in a language that all the world can understand.

Maurzio De Gasperis, CEO at Shanghai Tang, told Retail in Asia: “At Shanghai Tang, we  are thrilled about the collaboration with Xu Bing, which is only the first of a series of initiatives to celebrate the core pillars of the brand and its heritage. As part of our new strategic direction, we decided to firstly announce the collaboration with a digital blast across all our communication channels that are now being progressively extended to our physical retail footprint, where evolved digital screens replace the traditional installations”.

As a proud “Created by Chinese ‘brand”, Shanghai Tang takes pride in celebrating Chinese culture through a disruptive lens, laden with plenty of vibrancy and a sprinkle of humour.

This ground-breaking concept was invented by Xu Bing in 1994, the same year Shanghai Tang was born, making this cross-disciplinary project a serendipitous joint 25th Anniversary celebration.

Xu Bing’s Square Word Calligraphy invites the audience to break down cultural barriers and decipher a new form of communication. The ingenious and artistic system organises the letters of each word into structures that resemble Chinese characters.

A consequence on his project is that non-Chinese speakers can understand how each character is similarly composed.

Similarly, at Shanghai Tang, it is modern take on Chinese fashion, aesthetics and craftsmanship enables us to tell Chinese design stories to a global audience.

The digital blast is just one of the initiatives created to celebrate the anniversary.  The celebrations will culminate with an exhibition of the original artwork ‘Shanghai Tang – Created by Chinese’ by Xu Bing to be held at Shanghai Tang’s Flagship Store in Hong Kong at Duddell Street on 25 October 2019. 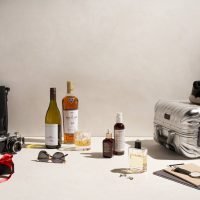 DFS had a profitable first half of 2019
Next Article