French underwear and apparel group Etam (owner of the Etam, Undiz, Maison 123 and Livy labels) has added a new brand to its lingerie business.

Two years ago, Etam was behind the creation of Livy, claiming a leadership position in the sector in France, and has now announced the acquisition of a stake in Ysé, an underwear label founded in 2012 by Clara Blocman and Bérengère Lehembre.

The amount invested by Etam for the acquisition was not indicated, but the group now has a majority stake in Ysé.

Etam stated that the co-founder of Ysé, Clara Blocman, remains “as president and shareholder of the brand, and maintains her independence.” Blocman therefore retains operational control of Ysé, but will also be able to tap the fire-power of the Etam group, founded in 1916, to boost Ysé’s growth, notably in terms of product prototyping, through access to Etam’s Tech Center in northern France, as well as in terms of logistics and back-office support.

“This merger gives us the means to accelerate our expansion while strengthening our expertise dedicated to producing liberating, free-spirited lingerie collections,” said Blocman.

When first created, Ysé focused on bras with smaller cup sizes (A and B), gradually extending its range up to E cups. Fitting-wise, it chose to feature only padding-free models without moulded shells, in order to “enhance women’s bodies without using any gimmick.”

Ysé was born online, and its first brick-and-mortar retail presence came with department store concessions in 2013. It opened a store in Paris in 2015, then a second one in the French capital in 2017, and a store in Lyon in early 2019.

Ysé has collaborated for many seasons with Monoprix and French label Sézane, and in the 2018 financial year it generated 60% of its €5 million annual revenue through its e-shop.

“We are very proud of our association with Clara Blocman, who has been capable of creating a strong digital brand, with exceptional human values that are complementary to those of the [Etam] group’s brands,” said Laurent Milchior, the boss of Etam.

The Etam group’s objective is to strengthen its position on the lingerie market. After launching fashion chain Maison 1.2.3 in 1983 in the last few years the Etam group has chiefly focused on lingerie.

In 2007, it launched Undiz, an entry-level underwear retailer targeting Millennial and generation Z consumers, and in 2017 it acquired a stake in Livy, a more upmarket label with a bold style, designed by Lisa Chavy, in which the Vog group too has a financial stake.

The Etam group operates 1,500 stores in 55 countries, and in 2018 it decided to sell off its Chinese ready-to-wear business.

The sale further contributed to Etam’s down-sizing, in the wake of its de-listing from the Paris Stock Exchange in 2017. In 2018, the Etam group generated a revenue of €938 million, while in 2016 its revenue was €1.3 billion. 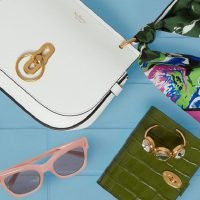 Mulberry acquires full ownership of its Korea operation
Next Article 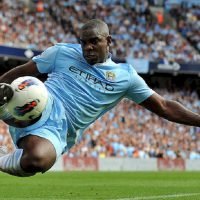