The Estée Lauder Companies Inc. reported net sales of $4.85 billion for its second quarter ended 31st December, 2020, an increase of 5% on a reported basis, and 3% in constant currency, from $4.62 billion in the prior-year period.

Fabrizio Freda, President and Chief Executive Officer said, “We are proud to have returned to growth in our second quarter, earlier than we anticipated, demonstrating the enduring success of our multiple engines of growth strategy. The powerful engines of Skin Care, Fragrance, Asia/Pacific, Travel Retail in Asia, and global Online fueled our performance despite the increasing complexity of the pandemic.”

“Ten of our brands grew, signifying the broad-based strength of our portfolio, hero products and innovation, led by double-digit sales growth from the Estée Lauder and La Mer brands. For holiday and key shopping events, we welcomed new consumers and deepened relationships with existing consumers. We successfully combined technology and data with our talented beauty advisors to deliver high-touch services, enriching the online shopping experience. We invested in our growth engines and employed strict cost discipline in other areas, driving double-digit adjusted earnings growth,” Freda continued.

The COVID-19 pandemic continued to cause significant disruption in the Company’s operating environment, temporarily impacting retail traffic and certain consumer preferences in the second quarter of fiscal 2021. The resurgence of COVID-19 cases later in the quarter in various parts of the world led to renewed government restrictions to prevent further spread of the virus. These restrictions included the temporary closure of businesses deemed “non-essential,” curtailment of travel, social distancing and quarantines.

Most brick-and-mortar retail stores globally that sell the Company’s products, whether operated by the Company or its customers, were open during the second quarter, although consumer traffic was significantly reduced as compared to the prior-year period and some retail stores were temporarily closed due to the resurgence of COVID-19 cases. In addition, international travel has remained largely curtailed globally due to both government restrictions and consumer health concerns that continue to adversely impact consumer traffic in most travel retail locations.

During the second quarter of fiscal 2021, online1 sales growth remained strong in every region as the Company and its retailers activated digital strategies to capture consumer demand online. Travel retail net sales rose single digits, driven by increasing travel within the Asia/Pacific region. Mainland China delivered strong growth, while Korea and several smaller markets in the Asia/Pacific region also grew and many other markets improved sequentially.

The COVID-19-related closures of offices, retail stores and other businesses and the significant decline in social gatherings have also influenced consumer preferences and practices. Demand for skin care, fragrance and hair care products has generally been more resilient than the demand for makeup. Double-digit growth from Estée Lauder and La Mer during the second quarter of fiscal 2021 reflected the continued demand for innovative products within hero franchises. Consumers re-engaged with luxury and artisanal fragrances during the holiday season, contributing to double-digit total net sales growth from Le Labo and Editions de Parfums Frédéric Malle as well as solid increases from Jo Malone London and Tom Ford Beauty.

The fluctuations in exchange rates between the U.S. dollar in relation to most currencies had a favorable impact on net sales and operating income in the Company’s product categories and regions outside of the United States. The Company’s reported effective tax rate in the fiscal 2021 second quarter was 14.9%, compared with 30.8% in the prior-year period. The lower tax rate was primarily attributable to the retroactive impact of the recently finalized global intangible low-taxed income (“GILTI”) U.S. tax regulations, as well as the impact of nondeductible goodwill charges recognized in the prior-year period.

Total reported operating income was $1.06 billion, an increase from $261 million in the prior-year period. Operating income increased 10% excluding (i) goodwill and other intangible asset impairments of $81 million related to GLAMGLOW compared with $777 million related to Too Faced, BECCA and Smashbox recorded in the prior-year period, (ii) restructuring and other charges and adjustments of $35 million compared with restructuring and other charges and adjustments of $6 million recorded in the prior year period and (iii) the favorable impact of currency translation of $29 million. This increase largely reflected higher net sales as well as disciplined expense management throughout the business from cost containment actions taken in response to COVID-19.

Net sales in makeup declined at all brands. The effects of COVID-19 continued to disproportionately impact makeup usage in most markets, particularly foundation and lip. Makeup operating income increased, primarily reflecting impairments of several brands in the prior-year period.
Fragrance

Tom Ford Beauty delivered double-digit growth, reflecting the success of hero products, including Oud Wood and Ombre Leather, as well as the extension of the Black Orchid hero franchise with the Black Orchid Perfume launch. The launch of Bitter Peach and Rose Prick Private Blend fragrances also contributed to growth.

In the Americas, net sales declined in the region, but improved sequentially from the fiscal first quarter. Most retail locations throughout the region were open during the quarter although traffic continued to be soft, causing significant net sales declines in brick-and-mortar doors. In response, the Company and many retailers continued to migrate consumers online utilizing new and existing digital capabilities, which partially offset the brick-and-mortar declines.

Online sales comprised more than half of total sales in The Americas, with strong double-digit growth. In North America, the Company’s online sales on Black Friday set a record high for that event.

In North America, prestige beauty continued to be challenged by soft makeup sales, which impacted the Company’s makeup category results. As stores reopened, consumers have re-engaged with the sensorial experience in fragrance. That, coupled with increased demand for home fragrance led to double-digit growth in the fragrance category. Operating income in The Americas increased, primarily reflecting the year-over-year reduction of goodwill and other intangible asset impairments.

In several markets, particularly in continental Europe and the United Kingdom, the resurgence of the COVID-19 outbreak led to increased government restrictions and store closures during the quarter. As a result, net sales declined in virtually every market, primarily driven by the United Kingdom and France, due to lower retail traffic from COVID-19.

Online sales nearly doubled, reflecting the Company’s and many retailers’ increased focus on reaching consumers digitally and a very strong Cyber Week for the holidays.
Net sales from the Company’s global travel retail business, which excludes travel retail sales from Dr. Jart+, increased single digits year-over-year. The adverse impacts from COVID-19 on international passenger traffic were more than offset by strong growth in Hainan and other Asia/Pacific destinations, partly reflecting increased duty-free purchase limits and the opening of some key travel corridors in Asia. Net sales grew from several brands including Estée Lauder, La Mer, Origins and, to a lesser extent, Le Labo and Kilian Paris. The increases were due to the continued success of certain hero franchises. Operating income increased, primarily driven by the growth in travel retail.

Net sales growth in mainland China, Korea and several smaller markets more than offset declines in the rest of the region. The Company continued to focus its investments on digital marketing, which drove strong double-digit online sales growth.

In mainland China, net sales grew strong double digits, reflecting, in part, an outstanding performance related to the 11.11 Global Shopping Festival. The growth was led by skin care and fragrance, with the luxury brands outperforming. Sales increased double-digit in every channel, including both brick-and-mortar and online, with online representing more than half of total sales. 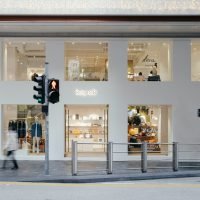 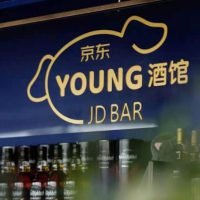