While the value of the transaction has not been disclosed, Ermenegildo Zegna now owns a 65 percent stake in the men and women’s knitwear brand, according to a report by FashionNetwork.com.

Birthed as Dondi Jersey in the 1970s by knitwear and textiles entrepreneurs, Edda and Lauro Dondi, the company was then renamed Gruppo Dondi in the 1980s.

Today, still based in Fossoli in Central Italy, the firm is now run by the Dondi children, Lorella – and her spouse, Guido Capelli — and Stefano Dondi.

Dondo specialises in 100-percent made-in-Italy knits for both men and women. Since its inception forty years ago, Dondi has supplied Ermenegildo Zegna and many other luxury brands across Europe with its knits, shipping to the U.S., France, Germany, Japan, South Korea, the U.K., and Turkey.

With the Ermenegildo Zegna investment, Dondi said its has found “the ideal partner for the natural continuation of our entrepreneurial story,” according to a press release.

The agreement also allows the Dondi-Capelli family to maintain a 35% stake in, as well as creative and operational control.

“This investment aims at strengthening the increasingly tight control over our textile supply chain, which is strongly characterised by a diversified, rigorously made-in-Italy output,” said the CEO Ermenegildo Zegna.

The partnership will be modelled on Zegna group’s prior acquisition of textile maker Bonotto, in which it purchased a 60 percent majority stake some three years ago.

The Italian group generated a revenue of €1.159 billion and a net profit of €34 million in 2018, up 4 percent. In the same twelve months, Zegna also took control of New York luxury fashion brand, Thom Browne. 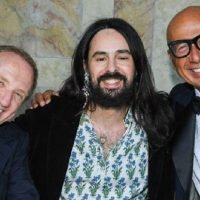 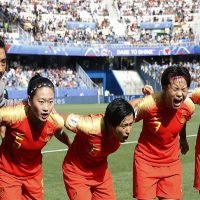