Eleven countries just signed the revived Trans Pacific Partnership, a huge free trade deal that once stood to cut import tariffs in 40% of the world economy.

The United States backed out last year, ceding the leadership informally to Australia, Canada and Japan. The remaining 11 states went on to tweak the agreement.

The streamlined deal, now called TPP-11 or the Comprehensive and Progressive Agreement for Trans-Pacific Partnership, beats the already simplified, Beijing-backed RCEP, experts believe. This version would mean exporters, factories or retailers stand to get a fairer shake within the TPP-11 countries.

“TPP-11 continues to be the deeper and more ambitious program than RCEP, despite some watering down of key provisions,” says Asian Development Bank lead economist Jayant Menon. “In many ways, TPP-11 is a better and fairer agreement than its predecessor.”

After U.S. President Donald Trump pulled the United States out in January 2017 over concerns the TPP would hurt American companies and workers, the remaining members suspended or changed 22 provisions over meetings that culminated in the signing last week in Chile; those 22 clauses covered largely intellectual property protections for the benefit of American pharmaceutical giants, according to Menon.

International firms won’t find much more in terms of IP protection in the China-backed deal once it’s signed, analysts believe.

On the other hand, RCEP would connect the 10-nation Association of Southeast Asian Nations with China, Australia, India, Japan, New Zealand and South Korea. It’s due to cover 3.5 billion people and a combined gross domestic product of US$22.6 trillion.

That scope gives it one advantage over the TPP-11, says Pradumna Bickram Rana, coordinator of the International Political Economy Programme under Nanyang Technological University in Singapore. China, which chafes sometimes against the United States and other Western countries over trade issues, never applied for TPP membership.

China, the world’s No. 2 economy after the United States, is a massive magnet for foreign trade, retail and capital. The country last year took in $135 billion in foreign direct investment after an 7.9% increase over 2016. For that reason, Chinese membership in free-trade deals matters to multinationals.

The TPP-11 deal as seen by trade experts would offer more than the China-backed RCEP for these three reasons:

1. TPP-11 covers labor and the environment; RCEP misses them

RCEP also lacks environmental protection clauses. The TPP-11 forbids excessive logging and trading in endangered species. On labor, the China-supported deal has nothing to say, while the TPP-11 bars forced labor and child labor.

But the TPP-11’s provisions are unlikely to drive up labor costs, says Deborah Elms, executive director of the Asian Trade Centre advocacy group in Singapore. The deal’s eco-friendly material includes nothing too expensive, such as a carbon tax, she adds.

The China-backed partnership’s “main con it that will not cover the so-called 21st century issues, such as protection of intellectual property rights that investors and traders seeing to join and develop production networks and supply-chains are looking for,” says NTU’s Rana.

The TPP goes “very deep” on cutting tariffs on goods, the Asian Trade Centre says in this report. It opens every industry and with guarantees that investors can take legal action against any member country over breaches of the pact. Those guarantees are called investor-state dispute settlements.

“Every sector and every sub-sector are open and come with investor guarantees in the form of investor-state dispue settlements, which is important for investors,” Elms says. Those guarantees will stop investors from wanting to take assets out of a foreign country, she says, but make them “feel compensated when they do.”

The RCEP, for its part, would cut tariffs on about 80% of goods, according to the the Asian Trade Centre, and it covers a “limited list” of service sectors eligible for liberalization. It’s unclear how this deal will treat investor-state settlements. “The way RCEP functions is not as broad or as deep,” Elms says.

The TPP-11 just clinched the signatures of its member countries, while China and its RCEP members are still in negotiations. That status gives TPP-11 an obvious lead, though it must still pass every member country’s legislature, possibly meeting protectionist lawmakers somewhere along the way.

RCEP by contrast is far from done. Singapore will push hard for its passage this year, though negotiations may last into 2019, Rana believes. The city-state is leading the 10-member Association of Southeast Asian Nations that got the deal started in 2012.

The deal could get stuck again this year as India worries about its “large trade imbalance with China,” Rana adds. Indian officials fear eliminating duties will hurt local manufacturing, per this news report.

“India is making it difficult for them to conclude an agreement but there is hope that it will happen this year,” Menon says. 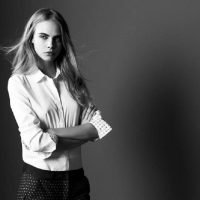 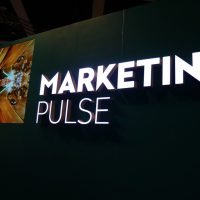 Have you missed the MarketingPulse in Hong Kong?