Dufry concludes the year of 2020 with strong liquidity, full cash flow control and strategic initiatives to drive recovery and growth.

In 2020, Dufry’s performance was impacted by the unprecedented level of disruption in its retail operations, driven by international travel restrictions implemented by governments worldwide and temporary operational shut-downs of airports, cruise lines and other channels.

Dufry reported FY 2020 turnover of US$2,757.7 million and organic growth of -69.8% year-on-year, with encouraging re-initiation of travel upon easing of restrictions. FY 2020 savings was US$1,412.7 million, significantly over-achieving the communicated target of US$1.07 billion.

Decisive actions resulted in lower than targeted cash consumption in H2 2020 of US$-49.2 million vs expected US$64.6 million monthly average. Successful execution of various financial initiatives in FY 2020 including share placement, convertible bond, bank loans and rights issue with US$2,145.8 million gross proceeds. There was a strong liquidity position of US$2,052 million as of end-2020, providing sufficient liquidity for driving re-openings and growth acceleration. Sustainable, recurring fixed cost savings was US$430 million expected (excluding rent reliefs).

In 2020, turnover reached -69.8% versus 2019 at constant currency, mainly impacted by the pandemic-related travel restrictions. Organic growth for the year stood at -69.8% with like-for-like at -67.2% due to reduced passenger traffic across most airports and other travel-related channels globally. Net new concessions represented -2.6%. The translational FX effect in the period was -1.3% mainly as a result of the USD weakness.

Despite the shift in travel behavior due to restrictive measures – more domestic and intra-regional travel, strongest decline in international and business – the category mix remained nearly unchanged compared to FY 2019 with highest demand for perfumes & cosmetics, followed by food & confectionary. Duty paid gained in demand driven by domestic and intra-regional travel, with no significant channel shift despite travel restrictions.

Cash outflow during the first half 2020 was mainly attributable to concession fee payments, inventory build and tax, whereas during the rest of the year, cash consumption, defined as EFCF, was significantly reduced with a monthly average cash consumption of US$49.2 million in the second half of 2020. Net debt amounted to US$3,601.4 million at the end of December 2020 compared to US$3,340.5 million in December 2019.

The strong liquidity position was, in addition to significant cost savings and tight cash flow management, also achieved through the successful execution of a series of financial initiatives in 2020, including a share placement, convertible bond issuances, access to additional bank loans and a rights issue.

Overall, gross proceeds amounted to US$2,146,2 million. Part of the proceeds, US$301.5 million including transaction-related costs, were used for the acquisition of all remaining equity interest in Hudson, Dufry’s North America business, and its delisting from the New York Stock Exchange. The transaction successfully closed in December 2020, and the re-organization and restructuring to materialize the above-mentioned cost savings were finalized in early 2021.

Dufry continued to deploy capital expenditures (Capex) in accordance with its business requirements and recovery trajectory, which reached US$-114.1 million for the full-year 2020 compared to US$-264.1 million in full-year 2019, in line with the revised Capex target announced previously.

The total gross retail space opened during 2020 accounted for 9,600 m² representing 2% of the overall retail space operated by Dufry. Highlights included the opening of Dufry’s new brand paradise ANECDOTE at the Circle, Zurich Airport (CH), an exclusive duty-paid landside store, as well as the start of new operations at Istanbul’s Sabiha Gökçen International Airport in Q4 2020.

Dufry won this twelve-years concession contract at Turkey’s second largest and most conveniently placed capital city airport at the end of the year. At Dallas Love Field Airport (US), as the first of several locations across the US, Dufry opened most recently the Hudson Nonstop store with Amazon’s Just Walk Out technology for convenient, contactless shopping. The concession contract at St. Petersburg Pulkovo Airport was successfully renewed for another seven years.

In January 2021, Dufry announced a cooperation agreement with Hainan Development Holdings (HDH). The first shop of the collaboration is the Global Duty Free Plaza at the Mova Mall in the city-center of Hainan’s capital Haikou in China, which opened on 31st January, 2021, and with further extensions planned for Q3 2021 and in Q1 of 2022. The full complex, once fully completed, will span 38,920 m2 of retail space, offering over 350 brands. The opening of the new Mova Mall duty-free shop represents Dufry’s first involvement in a duty-free operation in mainland China and is an important development in the attractive Hainan market.

In March 2021, Dufry has been awarded a new concession license at Sangster International Airport in Montego Bay, Jamaica, for duty-free and duty-paid operations, increasing its current retail space from 1,800 m² to 2,260 m² in total.

Considering all measures taken throughout 2020, Dufry expects to be well positioned for the re-opening and growth acceleration beyond the current crisis. For 2021, the company provides again, as for FY 2020, turnover scenarios to the market, which are in line with estimates of leading industry associations.

Based on its re-organization and restructuring with decisive measures taken, Dufry expects recurring fixed cost savings of around CHF 400 million, with sustainable reduction of around CHF 280 million from personnel expenses and around CHF 120 million from other expenses (excluding inflation). In addition, Dufry remains in negotiations with its lessors reviewing lease terms, in order to accommodate these according to market circumstances created by COVID-19 for and beyond 2020.

In line with travel restrictions and resuming of operations by airports and other landlords, Dufry is re-opening its retail businesses gradually, following single-location productivity scenarios. As per end February, around 1,300 shops globally were open, representing around 60% in sales capacity compared to full-year 2019. Most currently re-opened shops include locations in the US, among others, Denver, Atlanta, Miami, Tampa, in UK, Greece, Spain, Morocco, Chile, Colombia, and in Puerto Rico. At the end of March, Dufry expects to operate around 60% of shops, representing 65% of sales capacity.

Based on the efficiencies created through Dufry’s re-organization, its cost saving targets and tight cash management, Dufry expects a return to 2019 profitability and cash generation levels even before full turnover recovery. Industry associations are estimating a full recovery of passenger numbers to a 2019 level between the end of 2022 and 2024.

Following the reorganization announced in June, Dufry started to report under a new organizational setup as of 1st September, 2020. Headquarters and divisions were integrated and countries have been grouped into a reduced number of clusters to better align the organization to the new business environment, to increase efficiencies and simplify the decision-making processes.

Performance improved in July and August across Europe, especially in Southern Europe with the peak of the summer holidays and supported by the lifting of travel restrictions. From end-August onwards, some countries such as Spain, France and the UK saw increased COVID-19 cases, resulting in renewed travel limitations put in place more broadly from end of September onwards. The Mediterranean region, but also Eastern Europe, Russia, the Middle East and Africa performed above average for the region, driven by less restrictions and available travel corridors, e.g. between Russia and Turkey.

Turnover in Asia-Pacific amounted to CHF 160.0 million in 2020 from CHF 691.6 million in 2019 and organic growth for the year stood at -75.4% and -83.8% in the fourth quarter, as Dufry’s footprint in the region is geared towards international travel, which is still highly impacted. The APAC region was the first impacted and closing borders for inbound and outbound travel as the pandemic appeared in the region.

The majority of the shops in Dufry’s Asia-Pacific locations were closed, including Australia, Hong Kong, Indonesia, Malaysia, South Korea, as conditions were not beneficial for international travel.

Central America and Caribbean, including Mexico, Dominican Republic and the Caribbean Islands, were performing more robustly compared to all other regions, driven by travel from the US and South America as well as international travel as more flexible travel conditions met continued demand. The cruise business, located in the region, was heavily impacted. South America saw demand pick-up in the fourth quarter amid border shop openings and increase of domestic and intra-regional travel, with re-openings in Argentina, Brazil, Peru, among others.

Turnover for North America amounted to CHF 644.4 million compared to CHF 1,935.8 million in 2019 and organic growth came in at -65.3% in the year and -69.7% in the fourth quarter. The region, especially the US, performed above group average due to the higher exposure to domestic travel. Intra-regional travel from the US to Central America was also supportive. Our operations in Canada remained negatively impacted due to a higher exposure to international flights and ongoing restrictive measures. The performance was driven by Hudson convenience stores, food and beverage and other duty-paid offerings.

Capex was significantly reduced from US$-264.1 million in 2019 to US$-114 million in 2020, as the company put Capex investments on hold as much as possible since March 2020 and by adapting its overall Capex deployment approach. Therefore, Dufry expects no catch-up in Capex in the short- or mid-term.

Julián Díaz, CEO of Dufry Group, commented: “While Dufry has evidently been impacted by the COVID-19 pandemic as have many other companies in the travel and tourism industry, I have seen a deep emotional engagement and a strong determination by all our employees to overcome this challenging situation. This positive attitude and dedication has allowed us both, to adapt the company to the new market environment very quickly and to implement important and resilient cost savings, thus preparing our organization for the recovery and beyond. In parallel, we have succeeded in putting the company on solid financial ground and seized opportunities, which provide remarkable growth potential and contribute to the future development of Dufry.

“With the successful financing measures implemented in 2020, the support of existing and important new shareholders, the finalization of our reorganization as well as the financial and managerial flexibility to engage in strategically relevant initiatives and growth opportunities Dufry is well positioned to drive recovery and growth acceleration beyond the current crisis,” continued Díaz. 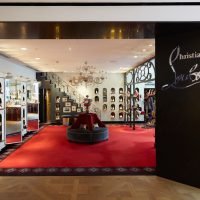 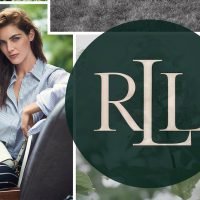