A decade ago, Dolce & Gabbana offered a gaggle of fashion bloggers seats in the front row of its Milan show. It was the moment the internet’s troublesome commentators were recognised as too influential to ignore.

Last fall, Dolce & Gabbana was roasted for an advertisement that was bigoted toward Chinese people and for subsequent racist direct messages sent from the account of one of its founders, Stefano Gabbana (the company said his account had been hacked). It felt like the loop had been closed: The fashion brand was being morally reproached by just the sort of independent voice to which it had once tossed a bejeweled megaphone.

That voice was Diet Prada, an Instagram account that has become an industry watchdog, and also an industry success.

Prominent Chinese models and celebrities blasted the brand, and some consumers not only boycotted the company but also destroyed Dolce & Gabbana merchandise they already owned. The brand was compelled to cancel a show in Shanghai. It took the founders a week to apologise; their press office declined a request to comment on how much money they lost, or on anything having to do with a certain Instagram account.

Diet Prada regularly names and shames brands, designers and others for fashion copycatting, similarities in design, and, seemingly more and more, for racism, often after tips from its Instagram followers.

Bryan Grey Yambao — known as Bryanboy, he was one of the Anna Wintour-adjacent bloggers in that fashion front row in 2009 — said that Diet Prada’s unrelenting coverage had designers watching their backs.

Stefano Gabbana “thought he could get away with it because no one ever really called him out before,” Yambao said. “It took Diet Prada to really put a mirror to him.”

The Role of the Watchdog

Diet Prada is run by Tony Liu and Lindsey Schuyler, who met while working for Eugenia Kim, a milliner. Now, after four years of running Diet Prada, they have amassed a following of more than a million on Instagram. Their posts show side-by-side photos of original fashion designs and pieces that appear to have copied them.

A brand that calls out copycats now itself has imitators. Some have found success, like @esteelaundry, an account that focuses on the beauty industry.

Diet Prada can have a big impact on those who lose its favour, particularly the up-and-coming brands and influencers who have smaller followings than the account. Some described being targeted by the account’s followers, with angry and threatening comments, for long stretches.

In a recent profile in The New Yorker, the designer Virgil Abloh, a frequent target of Diet Prada, addressed allegations that he had copied an outfit from the small independent label Colrs. He told the magazine he admired Diet Prada’s concept but was more skeptical of their medium.

“That’s what social media can be,” Abloh said in the interview. “All that space to comment breeds a tendency to fester, versus actually making something.”

Even Diet Prada’s supporters believe that it occasionally stretches when calling out copycats, particularly when it does not seek comment from the targets before posting. Yambao pointed out that “anyone can submit a story to them and it’s up to them whether they’re going to fact-check it or not.”

Lorenzo Marquez, a creator of the blog Tom and Lorenzo and an avid fan of Diet Prada, said that the account’s inconsistency reflected a struggle he found familiar. “I think it has a lot to do with the pressure to put out content,” he said. “To make sure that you’re always saying something.”

One example came in December, when Diet Prada suggested that the French brand Ami had imitated Celine when it featured a model wearing a turtleneck beneath a long, tailored coat. Many Dieters were not convinced. “Umm. it’s a basic coat with turtleneck …” one said, adding “#weak, so not @diet_prada worthy!”

Marquez and his blog partner, Tom Fitzgerald, predicted that it will be necessary for Diet Prada to take more paid partnerships to sustain its business (the founders would not discuss their incomes but said they are making less money than when they worked at other jobs), and warned that if it is not transparent about doing so, maintaining credibility with an audience devoted to judgment will become difficult.

In February, the account posted a clearly marked advertisement (for the retailer MatchesFashion.com), a novel sight for those who follow the account closely. Diet Prada’s founders, identified merely as D and P, recently told Ssense that they’re hoping to start a social platform for their fans: “I almost want a message board where people can be like, ‘I think they copied me,’ and everyone else can jump in,” P said. “It would be amazing.”

Fitzgerald said that the account’s founders, for whom he wished nothing but the best, had reached a pivotal moment.

“You reach a point of success and at that exact moment you have to decide, ‘Do I continue what I’m doing?’ because you will burn out if you continue, or ‘Do I change and become something else,’” he said. “And I think that is where they are right now, so it’ll be really interesting to see where they go.” 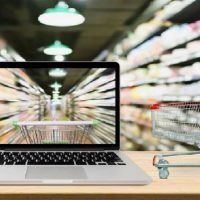 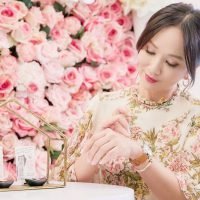