DFS had a profitable first half of 2019

DFS Group made “solid progress” in the first half of 2019, particularly in Europe, as majority owner LVMH Moët Hennessy Louis Vuitton announced results for the period.

The retailer “continued to benefit from strong demand at long-haul destinations in Oceania as well as Venice in Europe and its major markets in Hong Kong and Macao, despite a slowdown observed in recent months”.

LVMH noted that the key shopping periods of Chinese New Year and Golden Week had been “very successful” for DFS, which is co-owned by LVMH and Co-Founder Robert Miller.

On the retailer’s progress and outlook, LVMH said: “Through a logistics agreement with Shenzhen Duty Free, DFS made its debut in the Chinese market. Several ‘mini-programmes’ for travellers were launched on the WeChat social network and its online product offering expanded rapidly.”

“After appearances in Venice, Chengdu, Beijing and Macao in 2018, DFS’s Masters of Time exhibition, featuring a prestigious collection of watches and jewellery, opened in Sydney and Hawaii,” LVMH continued. 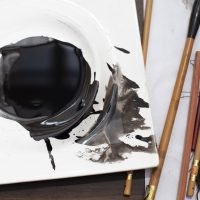