Renowned Harlem fashion designer and tailor Dapper Dan’s relationship with Gucci through the years has been a rocky road.

After gaining notoriety for knocking off the Italian house’s logo in his designs throughout the ’80s and ’90s, the tables turned in 2017, when Alessandro Michele was taken to task for knocking off one of Dap’s designs in his Cruise 2018 collection.

However, all’s well that ends well: Both parties made peace and began working together. Not only did Dapper Dan collaborate with Gucci on a vintage hip-hop-inspired capsule collection and lookbook, the Kering-owned luxury label underwrote his brand new studio and atelier in Harlem, also making him the face of a special tailoring campaign.

As lovely of a story as this is, it might not wind up with a happy ending. Just last week, Gucci apologized for (and pulled from shelves) an $890 sweater that resembled blackface. After several days of impassioned conversation among fans on social media, the brand released a statement, saying: “Gucci deeply apologizes for the offense caused by the wool balaclava jumper … We consider diversity to be a fundamental value to be fully upheld, respected and at the forefront of every decision we make. We are fully committed to increasing diversity throughout our organization and turning this incident into a powerful learning moment for the Gucci team and beyond.”

While acknowledging the misstep and the need to prioritize diversity is a step in the right direction, the situation did not sit well with Dapper Dan. On Sunday, he posted a statement of his own on Instagram, insinuating that his partnership with Gucci may be on thin ice. “I am a Black man before I am a brand,” he wrote. “Another fashion house has gotten it outrageously wrong. There is no excuse nor apology that can erase this kind of insult. The CEO of Gucci has agreed to come from Italy to Harlem this week to meet with me, along with members of the community and other industry leaders. There cannot be inclusivity without accountability. I will hold everyone accountable.”

Gucci made a concerted effort to make things right with Dap — and, seemingly, to educate themselves about both his neighborhood and his culture — the last time they were at odds, but this understandably hits very close to home, and could certainly cause major issues within their business partnership.

Whatever the outcome, this case only underscores the dire need for more inclusion and diversity in the industry, as the frequency with which fashion brands slip up in regards to racism only gets higher by the day. It’s a change that needs to be implemented immediately, and hopefully Gucci will set an example for its industry peers, as it’s already been known to do in other areas. 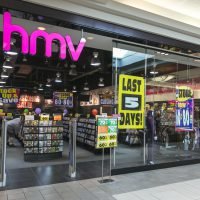 HMV saved by Sunrise Records, but some stores will close
Next Article 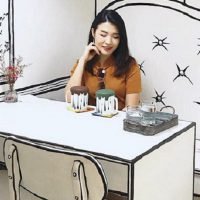