The strong delivery in 1H21 coupled with the acceleration of certain projects into the year are driving an increase to the savings target for FY21, now expected to be approximately $300 million compared to the previous target of over $200 million.

For the quarter, the operational improvements and stringent cost controls resulted in Adjusted EPS for Total Coty of $0.17, which includes two months of contribution from Wella, while reported EPS was $(0.36) driven by the impact of the cost of the Wella transaction as well as additional restructuring accruals under the fixed cost savings plan.

The Wella divestiture closed as planned on 30th November, delivering $2.9 billion gross proceeds. Combined with free cash flow of $389.4 million, Financial Net Debt fell to approximately $4.8 billion at the end of Q2. Economic Net Debt, which includes the stake in Wella valued at quarter end at approximately $1.2 billion1, fell to approximately $3.6 billion. Coty has elected to recognize its Wella stake on a fair value basis going forward, as permitted by U.S. GAAP. Separately, Coty will now use Adjusted EBITDA as a key performance measure, in order to more directly drive and highlight its focus on cash flow and deleveraging, which remains a priority. Adjusted EBITDA was $449.9 million for 1H21, up 6% versus the last year, and is expected to be $750 million in FY21.

Revenues continued to improve in the second quarter, with a 16% revenue decline on a reported basis, or an 18% LFL decline which was 1 percentage point ahead of Q1, despite the resurgence of COVID and related lockdowns in multiple parts of the world. The Prestige business saw the biggest gain, with LFL trends better by 9 percentage points sequentially, even as the travel retail channel remained under pressure. Within the prestige business, which accounted for approximately 60% of net revenues in the first half of FY21, highlights for the quarter included strong retail sales momentum in the U.S. and China, and broad-based strength in e-commerce.

Coty continues to make progress on its strategic priorities, including digital and e-commerce acceleration, which grew 40% in Q2, expanding into white space opportunities including prestige cosmetics and skincare, building out its presence in China, and strengthening its core prestige fragrance business and stabilizing share in the mass beauty business through leading innovation and improved execution.

Commenting on the operating results, Sue Y. Nabi, Coty’s CEO, said, “Our strong second quarter results build on the momentum of the first quarter, as the entire organization continued to act with discipline, flexibility and creativity in an uncertain environment. With revenues delivering on our objectives and profit, cash flow and debt all ahead of expectations, including 6% EBITDA growth, it is clear that a much stronger Coty is emerging, which we believe will weather any near-term market headwinds while simultaneously positioned strongly to capture the opportunities of the eventual global recovery. Entering Q3, January trends are starting inline with our expectations.”

2Q21 adjusted EBITDA of $284.1 million brings the 1H21 adjusted EBITDA to $449.9 million, with an adjusted EBITDA margin of 17.7%.  2Q21 cost reductions remained strong with an additional approximately $80 million of savings, bringing the year-to-date total to over $160 million; Coty raises FY21 cost reduction target to approximately $300 million from previous expectations of over $200 million, which will protect profitability in 2H21 and support increased reinvestment behind upcoming FY22 initiatives. Strong 2Q21 free cash flow of $389.4 million was ahead of internal expectations, driven primarily by solid profit growth.

Significant immediate liquidity of $2,832.1 million at end-quarter, with comfortable headroom under Coty’s financial debt covenants. Given Coty’s financial position and free cash flow characteristics, Coty expects to be in full compliance of covenant requirements going forward.
In 2Q21, Americas net revenues of $539.5 million or 38% of total Coty Continuing Operations, decreased by 7.2% versus the prior year. On a LFL basis, Americas net revenues decreased by 7.4%, or a mid-single digit decline when excluding the impact from the heavily impacted Travel Retail channel. While the mass beauty business was pressured by softness in the color cosmetics market, the prestige business recorded tremendous results with high single digit revenue growth supported by strength in prestige fragrances, cosmetics, and skincare.

During the quarter, Coty continued to see strength within U.S. prestige fragrances, with Marc Jacobs, Gucci, and Burberry delivering robust growth. The company is particularly encouraged by the continued strong performance of Marc Jacobs Perfect, which was the #1 national fragrance launch in calendar 2020, and remains on track to be the largest Coty U.S. fragrance launch in 15 years. Once again Gucci saw robust sell-out across both fragrances and cosmetics. Gucci fragrance performance was supported by Gucci Bloom Profumo and Gucci Guilty. Meanwhile, Gucci cosmetics generated triple-digit sell-out growth, fueled by bronzer and mascara. In January, Coty further expanded the line to include a foundation and primer, with very strong initial results.

Within mass beauty business, the cosmetics and fragrance categories remained pressured, with further deceleration in Q2 as COVID cases accelerated in parts of the U.S., impacting both store traffic and make-up usage occasions. At the same time, Coty continued to make headway in strengthening its focus brands. CoverGirl maintained momentum in its Clean Fresh franchise of face makeup, which the company is continuing to build upon with the Q3 launch of Lash Blast Clean mascara. CoverGirl also continued to gain market share in the cosmetics category on Amazon. Meanwhile, Sally Hansen continued to be a solid market share winner in the U.S. In Brazil, local brands remain well positioned amid the current environment, with its brands growing market share in the quarter, particularly in nail and deodorants.

During the quarter, e-commerce sales for the region increased over 50% in Q2 and over 60% in 1H21, with strong growth across both prestige and mass fueled by strong execution across e-retailers, brick & click, and DTC with philosophy.com. E-commerce penetration as a percentage of sales in the Americas region increased to the low teens, including significantly higher penetration in the prestige business.

In 2Q21, EMEA net revenues of $708.9 million, or 50% of total Coty continuing operations, declined by 21.9% versus the prior year. On a LFL basis, EMEA net revenues declined 24.8%. While the LFL was pressured, sales trends remained consistent with Q1, despite a second wave of COVID-19 and multiple market lockdowns impacting the region exiting Q2.

Hugo Boss Alive saw great performance as the #1 fragrance launch in Germany in CY20, and contributing to double digit sell-out growth for Hugo Boss female fragrances in the U.K. In Coty’s mass beauty business, Rimmel grew market share in the U.K., its top market, as well as Italy, Poland, and Spain, aided by the strong consumer reception to its Lasting Finish 25H foundation relaunch. Meanwhile, Sally Hansen gained share across the region, driven by market share growth in the U.K., Italy, and France.

2Q21 EMEA e-commerce sales grew approximately 30%, driving e-commerce penetration as a percentage of sales to the mid-20s percentage level, with strong growth in both prestige and mass.

2Q21 Asia Pacific net revenues of $167.2 million, or 12% of total Coty continuing operations, decreased 13.9% on a reported basis and declined 17.2% LFL. Similar to last quarter, the bulk of the LFL decline was due to continued significant pressure in the travel retail channel, and to a lesser extent, the continued active reduction of sales to low value channels. Despite these headwinds, LFL trends showed a meaningful sequential improvement from Q1. Of note, Coty’s prestige business recorded high single digit sell-out growth in the region, fueled by both brick & mortar and online.

In China, sell-out trends for its prestige beauty brands in both brick & mortar and e-commerce remained strong, particularly in Gucci and Burberry. During the quarter, the company continued see momentum in Gucci and Burberry’s prestige cosmetics businesses, with Burberry make-up sell-out up 48% and Gucci make-up sell-out up over 400%. In fact, Gucci make-up ranked the #2 make-up brand among all beauty brands in social business, WeChat.

E-commerce sell-out in the region continued to grow solidly, particularly in prestige with over 20% growth, partially tempered by continued proactive reduction of low value sales. 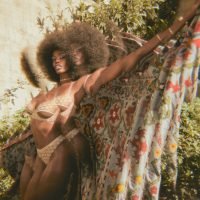 Savage X Fenty completes a $115 million Series B fundraising round