Italian fashion brand Prada has relaunched its iconic Linea Rossa sportswear collection into the luxury market, some twenty years after it folded.

Known for its super technical, ultra-functional and progressive fashion, the fresh-faced Linea Rossa showcased a 90s- inspired collection. The line was designed using cutting-edge methodology and a close focus on technical detailing.

Although there is no word on exactly what to expect from the return of Prada Linea Rossa, the first looks revealed monochromatic garments accented by the iconic red Rossa tag; fluorescent bucket hats, nylon oversized vests, and spandex trousers, as well as sunglasses in stark white and black geometric frames with mirrored lenses.

An official campaign has also been created consisting of a series of videos produced under the creative supervision of New York agency Michael Rock/2×4 New York. Each film has been directed by Arisu Kashiwagi and with Lotta Volkova in charge of styling.

Finally, a Linea Rossa collection tour is slated for Asia in September. 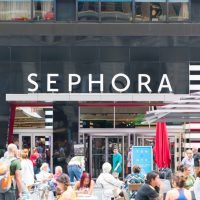 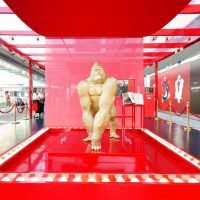 Armani's Uri is back in Hong Kong