SMCP, which is majority owned by Chinese retail group Shandong Ruyi, said the deal was a 100% debt-financed acquisition but failed to disclose the purchase amount.

It said the acquisition of the luxury men’s fashion brand would boost earnings per share from 2019.

“With De Fursac in our group, we have a unique opportunity to accelerate our strategy, by tapping into a new segment in the fast-growing men’s accessible luxury market,” said SMCP Chief Executive Officer, Daniel Lalonde, in a press briefing.

“De Fursac is an outstanding brand, poised for growth through international expansion, with the support of our expertise,” he continued.

With the acquisition, SMCP said plans to drive De Fursac’s international expansion. It hopes to gain 30 percent of its business from overseas markets including Europe and Greater China in the mid-term, it added.

“I think the Asian market will be the key driver in menswear,” Lalonde said.

Moreover, the group plans to develop De Fursac’s digital revenues, taking it from its current 5 percent of total sales, to 10 percent.

Founded in 1973, De Fursac was renamed De Fursac from Monsieur de Fursac in 2003, as part of a global rebranding. That rebranding also saw the men’s tailoring outfit extend into casual apparel options for men, lead by artistic director, Alix Le Naour, who joined De Fursac in 2012.

Likewise, SMCP has been refocusing on its men’s fashion market, with the recent launch of Sandro men, under its Sandro umbrella.

The SMCP group boasts some 1,485 stores across its three fashion brands. The group surpassed €1 billion in sales in 2018. 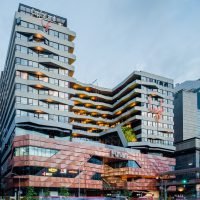 What to expect from the new Funan?
Next Article 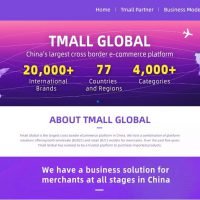