Dutch denim company Denham Group has a new major shareholder, according to local media reports in the Netherlands, with China’s Trendy Group named the official buyer.

The parent company of denim label Denham the Jeanmaker, Denham Group was snapped up by Trendy from Amsterdam-based investment firm Amlon Capital for an undisclosed amount.

Denham’s current chief creative officer Jason Denham will remain in the top design spot, following the acquisition, and will remain a shareholder, Trendy said in a press release.

However, Ludo Onnink, CEO at Denham Group, will depart the company his post, with Andre Chen, senior vice president at Trendy Group, to succeed him.

Trendy views the Denham Group acquisition as an opportunity to nurture and expand the Denham brand in current markets such as China, via the production of new items.

Denham Group and Trendy are familiar allies. Back in March 2017, the companies announced a joint venture to further expand the European denim brand in China, resulting in the opening of 16 retail stores in key cities in Chin. Now, there are plans to further grow the business in the coming years as a result of the acquisition.

“We see many opportunities to grow the Denham business in the existing markets but also as the most influential denim player in the future,” said Chen.

“This will not only be achieved by extending our jeans business, but also by adding additional product categories.”

Founded in 2008 in Amsterdam by Jason Denham, Denham retails in some 20 cities including its local Amsterdam, as well as nearby Antwerp and Hamburg. As for Asia, it is present in Tokyo, Osaka, Shanghai and Seoul.

In wholesale terms, the label is has global partners and is available for purchase via its namesake online store. The Denham is also headquartered in Amsterdam, with sub-offices in Düsseldorf, Shanghai and Tokyo.

SEE ALSO : The most expensive place to rent an office in the world 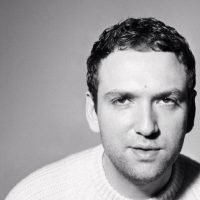 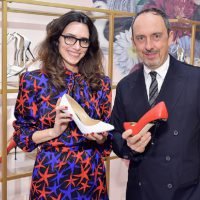