Chinese buy-now-pay-later (BNPL) company Happay announced it has secured a US$10 million investment, thanks to a funds injection by Australian investment firm, AP Ventures.

The investment sees AP Ventures, which is majority-owned by Australian BNPL company, Afterpay, take a 20 percent stake in Happay, valuing the Shanghai-based payment provider at $50 million.

The investment comes as AP Ventures continues its strategy of investing in high growth, scalable opportunities, according to a press release.

“We see this as an enormous opportunity,” said Hein Vogel, CEO of AP Ventures.

“BNPL is booming in Australia and the U.S., but there aren’t many offline solutions in China that resemble Afterpay. We see China as an attractive market and are excited to partner with Happay,” continued Hein.

Dubbed China’s first BNPL firm, Happay is the first zero-interest credit payment product in China with “1/4 down payment, four periods free of interest, and zero fees,” according to a press release.

Happay looks to use the cash injection to fund and expand its business and operating model across China’s tier one cities, including launching into key shopping centers such as Shenzhen Mixc World, Shenzhen Coastal City, Shenzhen KingGlory Plaza, Mixc One in
Xiaoshan in Hangzhou, and Lanzhou Center — the largest mall in northwest China.

Happay currently boasts nearly 1,000 partner stores, including leading international and domestic brands such as MO&Co, Bebe and Devialet, among others. Happay has also expanded beyond retail and into children’s education, fitness, medical beauty, and dentistry, joining with chains, Meland and GYMBOREE.

Happay was founded in August this year by Chen Jin, who started Happay after more than 20 years of experience in the commercial real estate and retail industry. Jin is also Happay’s CEO. 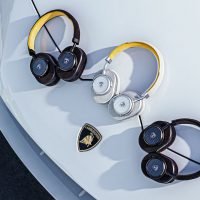 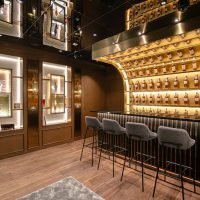 EXCLUSIVE INTERVIEW with Edrington: The Macallan's plans for Asia