John D. Idol, the company’s Chairman and Chief Executive Officer, said, “Looking at fiscal 2020, we were pleased with the progress of our strategic initiatives across the company. Prior to the impact of COVID-19, our earnings per share outlook was largely on track with our expectations. While we expect fiscal 2021 to be significantly impacted by the effects of the virus, we are encouraged as we reopen our stores globally with initial revenue exceeding our expectations. Capri Holdings has a portfolio of three iconic, founder-led fashion luxury houses that inspire passion and excitement in customers who value design innovation and exceptional quality. Looking ahead, we plan to continue to execute on our growth initiatives. We remain confident in the long-term opportunities for each of our unique luxury brands and believe Capri Holdings is poised to resume its growth trajectory in fiscal 2022.”

The company has begun to resume store operations globally in accordance with local government’s reopening guidelines while following the health and safety protocols of local authorities and public health organizations.

Currently, approximately 90% of the company’s global retail fleet of stores are open. Revenue performance has ranged from 50% to 75% of prior year levels since stores have reopened, with stronger trends in Mainland China. Results have improved since initial reopenings across all regions.

Total company e-commerce revenue increased in the fourth quarter, and growth accelerated in the first quarter of fiscal 2021 to a strong double digit increase compared to prior year. 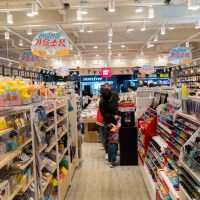 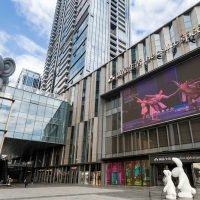 Eslite Spectrum to close its branch in Shenzhen