Canada Goose reported a strong performance in its first quarter, delivering growth in every geographic market including Asia, which saw revenues triple in the three-month period.

While the luxury fashion and outerwear maker witnessed “robust growth” everywhere geographically – domestic were sales up 40.4% in Canada; 15.8% in the United States; and 79.7% in Europe and Rest of World – Asia revenues excelled at Canada Goose, with revenue nearly tripling to $18.1 million from $6.6 million.

The Asia result took account into earlier shipments to distributors in Japan and South Korea, and the incremental contribution of direct-to-consumer (DTC) operations in Greater China, said Canada Goose.

The company also noted that earlier in the year it successfully expanded in-house manufacturing capacity to manufacture and ship wholesale orders in Europe and Asia, in response to customer requests, boosting its sales success to kick off fiscal 2020.

“Fiscal 2020 is off to a great start with a strong performance in our first quarter, which delivered growth in every geography. As we continue to invest in capacity, we are well positioned to capitalize on the strong demand we see across our business,” said Dani Reiss, Canada Goose president and CEO, in a press release.

The company also noted a strong demand for its Fall/Winter classics, while non-parka revenue nearly doubled, rising to one third of total retail revenue in the quarter.

“The affinity and desire we have seen for our seasonally relevant lightweight offerings tells us our product expansion is working, and combined with the volume of highly engaged consumers looking to get ahead of the upcoming Fall/Winter season, we believe our business has never been stronger as we report our smallest fiscal quarter,” added Reiss. 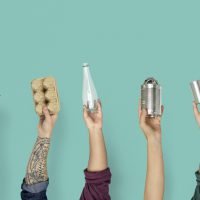 11 retailers aim for sustainability
Next Article 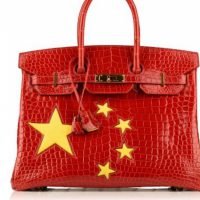