Lay Zhang Yixing, a Chinese member of K-pop group Exo and a Calvin Klein model, has warned the US clothing company to respect Beijing’s “one China” policy after it implied that Taiwan and Hong Kong are independent countries.

SEE ALSO : Ooops… they did it again!

Zhang, who recently signed a contract with Calvin Klein, released an official statement to warn the company, which listed Hong Kong and Taiwan on it English website as “different regions” – separating them from mainland China. On its Chinese page, only Hong Kong was separately labelled.

“Zhang deeply loves his country and supports the one China policy,” his representative in China said in a statement on social media platform Weibo.

“He is against any acts or words that split his country. All brands that collaborate with him should be careful about the issue,” his representative continued.

The representative said Zhang would terminate his contracts if companies he worked with did not correct their “careless mistake”.

“If there was any mistake in the past, they should immediately correct it, apologise, and prevent a recurrence. If not, Zhang will terminate the contract regardless of the penalty for contract breaches,” the statement says.

Calvin Klein apologised on Weibo. The company said it would correct the mistake and check whether there were any similar mistakes on its websites and other platforms.

“We also respect and support China’s sovereignty and territorial integrity,” the company said.

Other global brands, including Versace, Coach, Givenchy, and Swarovski have been involved in similar incidents, which prompted Chinese actress Yang Mi to end her contract with Versace. The fashion houses issued apologies to Chinese consumers. 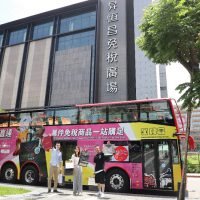