U.S. beauty brand Herbivore announced it has completed a Series A funding round, which saw the ethical cosmetics start-up inking $15 million in investor capital.

The funding round was lead by Silas Capital, a venture and growth equity firm with experience in millennial consumer brands, and Stage 1 Fund, a newly formed consumer-focused venture capital firm known for it provision of financial solutions for brands.

Founded in 2011 by Alex Kummerow and Julia Wills, the Seattle-based Herbivore currently offers over 35 clean beauty products, with an emphasis providing non-toxic and therapeutic products with a minimal design aesthetic.

Offering both skincare and bath and body items, Herbivore is already stocked in over 500 points-of-sales worldwide and counts Nordstrom, Credo, Space NK, Carbon Beauty and Follain as retailers.

In 2015, Herbivore inked its biggest distribution deal with Sephora, becoming one of the French cosmetic retailer’s top-selling brands, according to a press release.

This latest lot of investment looks to propel the pioneering beauty brand, which has not received until finally backing until now.

It plans to expands its manufacturing and increase its marketing initiatives, both in-store and online.

“Skincare was the initial category to embrace clean beauty, and Herbivore was one of the original brands helping to pioneer that movement,” said Kummerow, the company’s Co-CEO.

“Having bootstrapped the business to date, we are eager to leverage this capital infusion to expand our manufacturing capabilities and increase brand awareness through digital and in-store marketing,” Kummerow continued.

Founded in 2011, Silas looks to bring significant resource and expertise to Herbivore. In particular, Silas hopes to grow the beauty brand’s e-commerce and digital channels, alongside traditional wholesale and retail channels.

“We have tremendous respect for what Alex and Julia have been able to accomplish in a relatively short period of time without the benefit of any outside invested capital to date,” said Brian Thorne, Partner of Silas.

“Herbivore’s 100% natural formulations uniquely marry tangible results and sensorial luxury at an accessible price point – a proposition that has earned the brand its coveted status among consumers, influencers, retailers and investors alike. Already one of the fastest growing skincare brands at Sephora, we look forward to strengthening that relationship, while amplifying the company’s e-commerce business and sizeable Instagram presence,” he continued.

Founded in 2014, current investments for Stage 1 Fund include Hatch, Lemon Perfect and Spudsy. 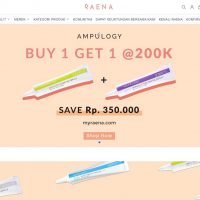 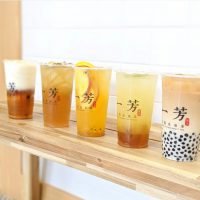