Asia’s No.1 childrenswear brand balabala announced an accelerated store opening program in the post pandemic trading period. Plans are in place to open over 400 new stores during 2021 with an additional 300+ pop-up concepts making an appearance in key locations throughout the year.

Significant progress has already been made on the plan with 146 new concept stores and 50 pop-up units opening since January and an impressive 63 combined openings during the recent 5-Day public holiday alone.

To support the expansion, balabala is speedily rolling out its new generation store concept with enhanced innovation encompassing an upgrade in its service proposition and quality while continuing to lead fashion trends constantly meeting the needs of its consumers. New generation stores are typically being located in key retail environments across China.

balabala’s expansion opportunity has been made possible by its ever-increasing brand and customer recognition in the market. A clear focus on creativity, product innovation and the inclusion of diversified functional products in its ranges has built a well-recognised, unique brand DNA which is carried across its multiple online and offline shopping experiences.

To reinforce its market positioning, balabala has recently embarked on an extensive pop-up store opening program to promote its brand through 2021. Over 300 pop-ups are confirmed for the year with 50 already in operation.

While balabala continues to expand rapidly across China, its international growth continues at pace, despite global Covid difficulties. Since opening its first overseas store in 2017, balabala now operates through 24 international stores as franchises in Saudi Arabia, Vietnam, Mongolia and direct stores in Hong Kong. As part of a continued focus on its international business, balabala has confirmed that it will enter Indonesia and Nepal early this year and is in active discussions with potential partners in a number of other Asian markets to launch later in 2021.

More information can be found on www.balabala.com.hk or through Facebook at balabala International. 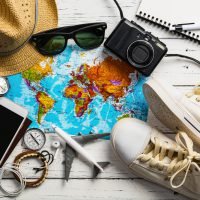