When items from the collections of Chinese fine jewellery brand Qeelin started to appear in US shops last November, it was not just a case of a young company making a well-timed entry for the Christmas shopping season. The move into department stores such as Neiman Marcus, as well as smaller independent retailers, is a sign of the growing ambitions of Asian luxury companies to push beyond their home market.

It was once the case that the global luxury industry moved in only one direction: west to east. The most distinguished European and US brands would buy up prime retail sites in Asian megacities, selling old-world prestige to a new generation of affluent spenders. For Asian buyers, the pleasure of owning a pair of shoes, a handbag or a silk scarf was enhanced by the idea that some of the makers were more than a century old.

In recent years, however, a rise in outbound Chinese tourism has prompted companies to expand beyond the domestic market. As Chinese customers have started to combine holidays abroad with shopping expeditions, Chinese brands have begun to follow the money.

“There’s a natural attempt to capture [customers] as they travel abroad,” says Luca Solca, head of luxury goods at broker Exane BNP Paribas. The luxury research institute Hurun reports that France — home of labels such as Chanel and Louis Vuitton — has emerged as the top holiday destination for wealthy Chinese millennials. Other popular destinations include London, San Francisco and New York. Closer to home, Japan and South Korea are also favoured. 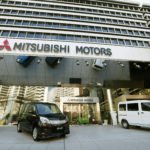 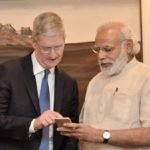