Profit for the period grew by 53.5% to RMB 3.07 billion (without the effect of share of loss of a joint venture), the fastest growth in the past six years.

There is also a stable profitability and outstanding working capital management.

As for the performance of retail sales, the total number of the Group’s store is 12,479.

Operational Highlights
◆ ANTA and ANTA KIDS
During the period, as the official sportswear partner of the COC, ANTA continued to support Chinese athletes.

The series combined the classic colors of the Palace Museum with ANTA’s classic footwear and apparel, transforming history and tradition into youth and vitality.

In order to commemorate the 133rd birthday of Coca Cola, ANTA partnered with Coca-Cola to launch a number of collaborative footwear, apparel and travel products. The products aimed to evoke “happiness,” as Coca-Cola does.

In April, ANTA launched its brand-new “Hydrogen Running Shoes.” Based on FLASHLITE technology developed by ANTA, the product weighs a mere 110 grams.

It is the first product line of running shoes by ANTA that focuses on light weight as its selling point. Its unique materials provide rigidity, sturdiness, support, and durability, offering a unique and light sports experience to casual runners.

ANTA KIDS was the first domestic sportswear brand to enter the market and enjoys the advantage of being an early-entry trailblazer. The brand consistently promotes its philosophy to “Grow Up with Fun”.

In recent years, ANTA KIDS has been aiming to incorporate more of a “fun” element in the kids’ growing journey through an integrated experience.

◆ FILA, FILA KIDS and FILA FUSION
In addition to series like FILA RED, FILA WHITE, FILA BLUE, and FILA ORIGINALE, ANTA continued to work with renowned designer, Phillip Lim, on the FILA X 3.1 Phillip Lim series, leading the trends in high-end sportswear with collaborations with actors such as Huang Jingyu and Ma Sichun.

In March and April 2019, FILA launched the Classic Kiks and Disruptor Sandal shoe products respectively. Both of them ride on the continued focus on the classics, and became a must-have item for fashion icons.

FILA FUSION established its own standalone stores. Famous Japanese celebrity, Koki, became an endorser of the brand, marking its full entry into the market for youths aged 20 to 30.

Moreover, it launched the FILA KIDS DISRUPTOR SANDAL series, bringing fashionable and avant-garde elements to kidswear with its sandals.

As at 30 June 2019, the total number of FILA stores (including FILA KIDS standalone stores) in China, Hong Kong, Macau and Singapore reached 1,788.

◆ DESCENTE
With nearly three years of development, DESCENTE has quickly established its brand position as a functional and professional sportswear brand in China.

DESCENTE and KH. TRAINING STUDIO jointly held a body building training session in Shanghai to encourage women to explore their own potential in sports, spurring them to build a fit body shape through professional sports.

DESCENTE also partnered with the famous British illustrator BEACH-O-MATIC to launch a summer crossover series. Based on the concept “DESCENTE MOVEMENT TEAM,” this series presented the four signature sports of DESCENTE – skiing, cycling, running, and surfing – with vivid illustrations of carefree characters.

KOLON SPORT has been promoting the development of an outdoor lifestyle, and will continue to expand the Group’s footprint in the outdoor sportswear market.

KOLON SPORT launched the Noach Project during the period, a series made of a natural fiber, eco-friendly hemp, which successfully attracted the interest of consumers.

◆ SPRANDI
SPRANDI is a fashion sportswear brand that mainly focuses on the fashionable athletic footwear market.

SPRANDI relaunched its retro “Super Claw” shoes, but with brand-new elements added to the retro design that sparked a growing interest from customers in the product.

Leveraging the 60th anniversary of the classic toy Barbie, SPRANDI launched a limited edition crossover shoes series, enhancing the brand’s trendiness by becoming a hot topic on social media and further promoting a keen connection between its products and female customers.

◆ KINGKOW
KINGKOW is a popular kidswear brand targeting the mid- to high-end market.

The brand is an industry leader favored by kids and parents, and is dedicated to providing attractive designs and premium quality garments to kids aged 0 to 14.

During the period, KINGKOW successfully improved its store efficiency through optimizing its store network, while gradually improving its inventory turnover.

◆ Internationalization
ANTA Sports, together with other investors, set up an investor consortium to acquire Finland’s Amer Sports, with the brands of Salomon, Arc’teryx, Peak Performance, Atomic, Suunto, Wilson, and Precor, among others.

The investment consortium will continue to closely cooperate with the Amer Sports team to complete the privatization, as well as unveiling its future potential by formulating potential expansion plans, in accordance to its goal to provide global consumers, sports enthusiasts and professional sports players with better sportswear products that promote better performance, experience and satisfaction.

Ding Shizhong, Chairman of ANTA Sports, said, “In the first half of 2019, China’s sportswear industry has shown resilience under the volatile market, maintaining healthy and stable development.”

“Although the sportswear industry has huge opportunities, the competition has also become increasingly fierce. Chinese enterprises need to take action in order to break out of the dilemma by constantly building up its own strengths through innovation and growth. Our determination and sense of responsibility will support the growth of ANTA Sports and turn us into a global brand to compete on the international platform. The evolution of Chinese brands from ‘Made in China’ to ‘Created in China’ marks a milestone in winning recognition from global consumers,” he continued.

In order for ANTA Sports to become a true ‘Great Brand’, we need to have a capacity for innovation that is able to compete on a global scale, and to become a brand that dares to create. By providing more professional, high-value and internationalized products to customers, the Group can then transform from ‘an affordable brand’ to ‘a desirable brand,'” he added. 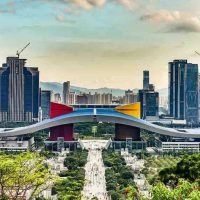 Shenzhen to be the new Hong Kong
Next Article 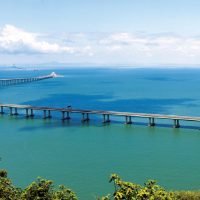 Challenges and opportunities for the Greater Bay Area