AmorePacific to diversify its market

Korea’s No. 1 cosmetics maker AmorePacific said it will work to reduce its reliance on Chinese visitors by diversifying its target customers.

Ahead of the potential upcoming visit by Chinese President Xi Jinping possibly in April this year, expectations have risen that China will ease what it says is an “unofficial ban” of Chinese tourists to Seoul. Chinese tourists were the key source of profits for South Korean duty free shops and department stores.

Presidential aides said President Moon Jae-in extended the invitation to his Chinese counterpart Xi during their December summit in Beijing and added it is “almost certain” that Xi will visit Seoul. The invitation comes as additional proof of a thaw in relations between Seoul and Beijing, which have been worsening since South Korea’s decision to deploy a U.S.-manufactured THAAD missile shield system in 2017.

The main beneficiary of the Chinese visitors has been AmorePacific, whose revenue from sales at duty free shops takes up 30 percent of its total sales.

According to Korea Duty Free Shops Association, the average annual growth rate of turnover that came from foreigners shopping in duty free shops between 2016 and 2018 reached 30 percent. Last year, the growth rate recorded 39 percent to achieve 20 trillion won (US$17.1 billion) sales in the sector, which was a record high.

However, an AmorePacific official said the company will not make the same mistake to rely heavily on the Chinese market.

“When Youkers first came to Korea in early 2010s, we did not expect such a big success in a short period of time. We have actually entered the Chinese market in the 1990s and took it slow to target local customers. Our revenue skyrocketed with a flock of Chinese shoppers until 2016 and our company took the plunge on attracting more customers of the neighboring country, ” an AmorePacific official said.

“Following the diplomatic thaw between China and Korea because of the introduction of THAAD, AmorePacific was struck hard to see a sharp decline in sales for the past two years. AmorePacific has learned its lesson and it is now looking to diversify its markets,” the company official said.

“The United States is our new target market along with countries belonging to the Association of Southeast Asian Nations. America is still a challenging market but we see the potential there as our premium products have been receiving good feedbacks recently,” another AmorePacific official said.

“Meanwhile, Southeast Asian markets are very friendly ones for us, especially those of Malaysia, Vietnam and Thailand. Thanks to the consistent popularity of K-pop there, our products are still in high demand. I cannot say their markets are as big as those of the United States or China, but they are still important customers for us,” the official added.

On a related note, DS Investment & Securities expects AmorePacific to report historically-high annual profits this year thanks to the return of Chinese shopping tourists and a boom period for local duty free shops.

In 2017, the number of Chinese nationals visiting Korea plunged from 8 million to 4 million. It has not been confirmed officially that the Chinese government have banned their people from travelling to Korea but many tourist agencies there were forced to stop their travel programs to Seoul. However, from last year, the number of Chinese tourists has increased to 6 million again and the investment & security company believes nearly 8 million will come to shop in Korea this year.

“This year will be the first year when profit leverage is maximized along with the sales increase that comes from the climb of average selling prices. AmorePacific is shifting to focus on promoting its high-end brands like Sulhawsoo from mid-range brands, which will help to improve the company’s profitability along with the restructuring of sluggish brands and focusing on online marketing,” an analyst Choi Jae-ho at DS Investment & Securities said. 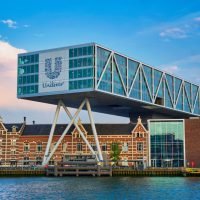 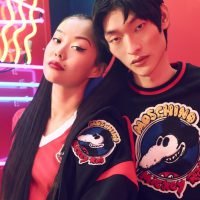 10 special collections to celebrate the Year of the Rat