Amorepacific Group posted 1.57 trillion won (US$1.4 billion) in sales with an operating profit at 120.5 billion won in the third quarter.

In the July-September period, Amorepacific’s on-year sales jumped 7.4 percent and its operating profit skyrocketed a whopping 42.3 percent on year on the back of sales of new products and a boost in digital marketing, the cosmetics company said in a statement.

Special events, like the Espoir showroom in Gangnam, southern Seoul, and a beauty class held for its Sulwhasoo brand VIP consumers, were part of the online and offline marketing strategies the company said it adopted to attract more millennials.

The operating profit for brands under Amorepacific – the affiliate, not the group – including the luxury lineup Sulwhasoo, Hera and Primera, saw the largest increase at 41 percent on year to hit 107.5 billion won, while operating profit for Innisfree – a cosmetics brand affiliate with its own stores – nosedived 46 percent to 7.9 billion won due to its shrinking presence on the streets.

Sales of luxury brands were centered on online and duty-free channels, according to Amorepacific, while sales of its premium brands such as Iope, Laneige and Mamonde sold well at its Aritaum Live cosmetics store. Aritaum Live stores sell cosmetics from multiple brands, unlike Aritaum stores, which only sell Amorepacific products. The company has been rapidly increasing the number of Aritaum Live stores since the first launched in September last year. There are now 370. 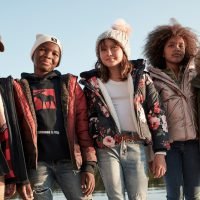