India’s Future Retail Ltd (FRL), a subsidiary of Future Group, has entered into a distribution agreement with Amazon India, in a bid to expand the reach of FRL stores and consumer brands via the Amazon India marketplace.

The partnership will build on the current offline and online capabilities of both organisations, creating “significant value for customers,” according to a joint press release, issued by the Indian retail group and the U.S.-based Amazon.

FRL said it would leverage its existing infrastructure, product knowledge and brand portfolio in the new link up, resulting in higher store productivity and improved margins.

Currently, FRL attracts over 350 million hits across its retail network, and Amazon India’s marketplace will enable FRL to reach a wider customer base.

As part of the agreement, Amazon India will become the authorised online sales channel for FRL stores and in return, FRL will ensure the participation of relevant FRL stores on the Amazon India marketplace.

Customers will enjoy the convenience of ordering on physical and digital channels for a wide range of food, FMCG, fashion, footwear and homewares categories.

Moreover, FRL will list with the Amazon Prime Now program, allowing customers to buy items such as groceries and general merchandise and get these delivered within two hours in Delhi, Mumbai, Bengaluru, and Hyderabad.

Looking ahead, Future Group also hopes to list stores such as Big Bazaar and Foodhall in more cities on the Amazon India marketplace.

FRL and Amazon India have already launched the service across 22 stores and “the results have been encouraging,” the companies said.

“This arrangement will allow us to build upon each other’s strengths in the physical and digital space so that customers benefit from the best services,
products, assortment and price,” continued Kishore Biyani.

Both organisations will collaborate on driving sales, and achieving operational efficiencies and technical excellence, in their e-commerce. A dedicated team has been implemented, who will explore synergies in distribution, customer acquisition, and marketing initiatives, between the two firms.

“We are excited about the business collaboration with FRL. FRL’s national footprint of stores offering thousands of products across fashion, appliances, home, kitchen and grocery will now be available to millions of customers shopping on Amazon.in, in hours across 25+ cities,” said Amit Agarwal, SVP and country head, Amazon India.

Future Retail operates one of India’s most popular retail chains, Big Bazaar, as well as small retail stores, EasyDay and Heritage Fresh. It serves millions of customers in more than 400 cities across India, with over 1,500 stores in total. 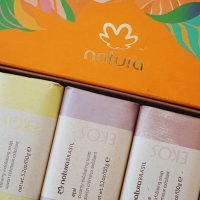 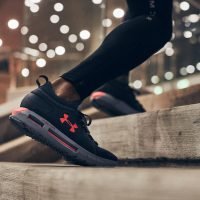